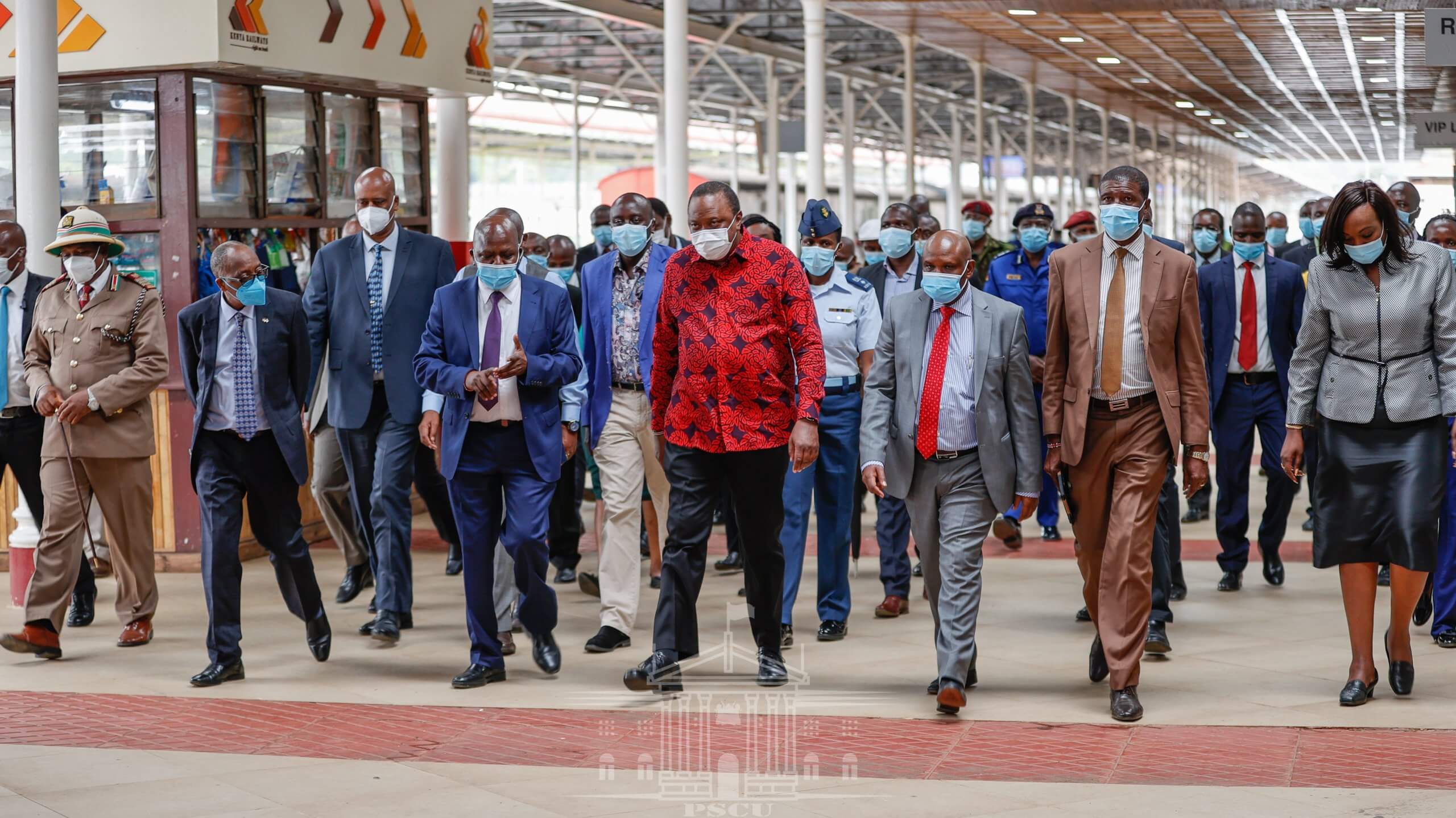 (KDRTV) – President Uhuru Kenyatta has hinted that he will soon lift the nationwide curfew which has been in effect for almost one year.

While addressing Wananchi at Kenya Railways on Wednesday, Uhuru said that he will lift the 10PM to 4AM curfew if Kenyans agree to be responsible.

Uhuru first ordered a nationwide curfew in March last year as one of the measures to curb the spread of COVID-19.

He has extended the partial lockdown periodically since then. In January, he announced that the curfew will be in effect for another 60 days, set to lapse on March 3.

However, Kenya has reported low cases of new infections in recent weeks, an outcome that could have informed the decision to relax the COVID-19 restrictions.

Uhuru is saying he won’t hand over to Arap Mashamba because he is a thief. Yes Arap Mashamba is a thief but who made Uhuru God? This guy has fucked up our economy and everything hence however he will hand-over to will be another fucked up decision. We want him to vanish kabisa

Currently, the infection rate is below 5%. The Ministry of Health had predicted the cases to peak in March due to the reopening of schools.

But the government is in the process of procuring more than 4 million doses of the COVID-19 vaccine, another reason why the economy should be reopened.

The curfew has affected thousands of businesses which thrive in a 24 hour economy. The public transport sector has suffered immense losses because they are not allowed to travel at night.

Similarly, hotels and night clubs have been negatively affected as they are only allowed to operate up to 9 PM.