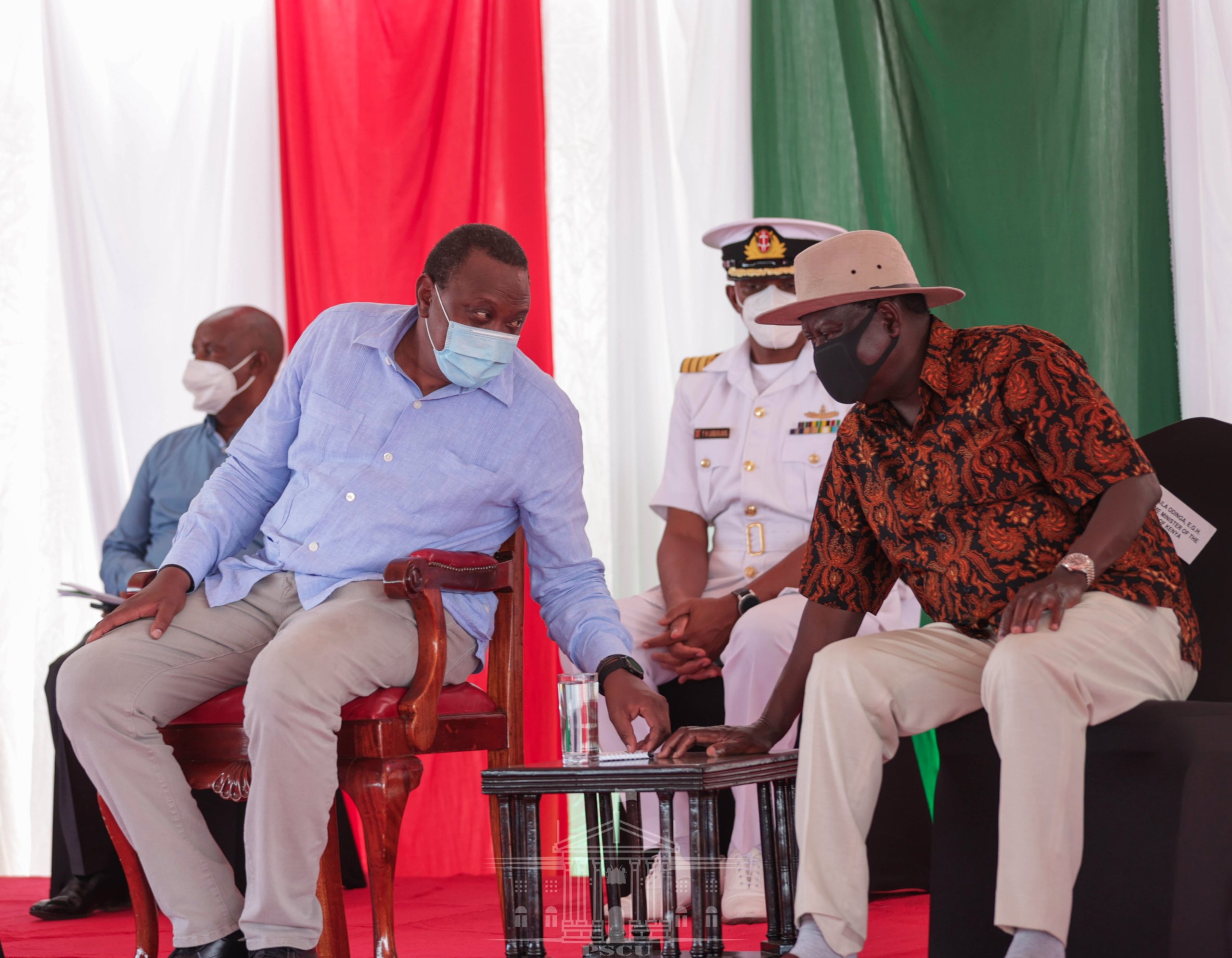 Uhuru and Raila Odinga in Kisumu

(KDRTV) – President Uhuru Kenyatta has jokingly said that he will consult the first lady Margret Kenyatta to see if he will be allowed to marry a second wife from Kisumu.

Speaking at the Jaramogi Oginga Odinga recreation centre on Thursday, the head of State joked that he may need someone to take care of him when he visits the region in future.

The President was received by thousands of residents in his first public tour since receiving the BBI report with ODM leader Raila Odinga.

Kisumu residents poured on city streets to welcome the President together with his handshake brother. Pictures shared on social media show some daring residents even hanging on the President’s vehicle, a phenomenon no one could have imagined in the past.

The President used the opportunity to drum up support for the BBI report saying it is the only prescription to chaotic politics in the country.

He said that he understands some of the BBI proposals can be implemented without a referendum but there is need for a referendum to solve all the problems that the country is facing.

President Uhuru Kenyatta inspects ongoing construction of the ultra-modern Uhuru Business Park Market Complex in Kisumu County. The Shs 600 million multi-purpose facility is being implemented by the National Government and will be ready for use by the end of this year. pic.twitter.com/74UwLqfa9x

Earlier, the President had laid the foundation stone for the construction of the Jomo Kenyatta international sports facility at Mamboleo. He also visited the Kisumu business park.