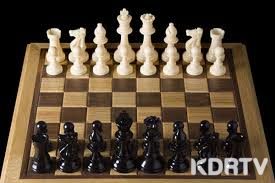 A Kenyan celebrated chess player has been found dead in a peculiar way inside his house.

George Githui was widely known for his tricks and expertise of playing chess.

He has succeeded and won in very many contests, taking down some of the most flamboyant people in the city.

Yester night, the official Chess Kenya disclosed the sad news of the legend’s passing on their social media pages with remorse and gloom.

According to the Chess Kenya Secretary General, Githui was found dead and lifeless in bed at his home, with a jiko underneath still burning.

The circumstances under which he was found dead are mysterious, with police investigating the exact cause.

However, speculations have led to the discovery of a post he had updated on his social media page two days prior to his death.

He was dissatisfied and complained of something, an indication that he was in distraught.

There are speculations that he might have harmed himself or suffocated to death with the jiko burning underneath the bed, although the information is unverified until the police conclude their investigations.

Githui is remembered as a very prolific man who was very professional and ambitious.

He has won big in several competitions, among them being a sponsorship by the Kasparov Chess Foundation for a training.

This comes as a big loss to the Chess Kenya Society and to Kenyans as a whole since he was a very patriotic man.