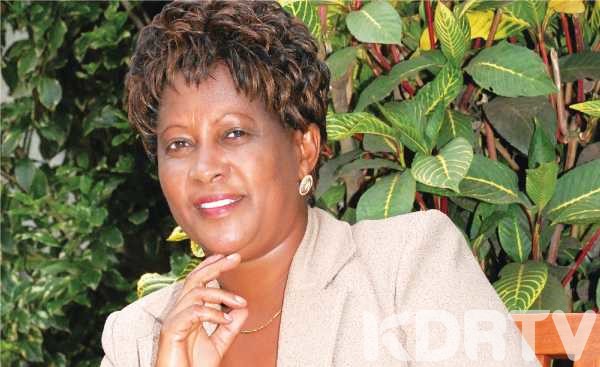 (KDRTV) – Nominated Jubilee Senator Millicent Omanga is one of the six Senators who have shown interest in the Deputy Speaker’s position.

Omanga, formerly a Tanga Tanga member, shocked many after she voted to impeach former Deputy Speaker Kithure Kindiki. Did she have her eyes on the coveted seat?

Also seeking to replace Kindiki is Uasin Gishu Senator Margaret Kamar. Despite being from Ruto’s backyard, Kamar has shown unwavering support to President Uhuru Kenyatta and may just be repaid with the coveted seat.

Senators will vote for the new Deputy Speaker on Tuesday next week.

Speaker Lusaka gazetted the vacancy this week and asked members to deposit their nomination papers with the speaker of the house.

“I hereby notify you that the gazette notice has been released for publication today and notify and invite interested senators to submit their nomination papers,” Lusaka said in a communication.

KDRTV understands that Senators from Jubilee and NASA Coalition have been working on modalities to field one candidate for the position.

Majority Whip Irungu Kang’ata and his Minority counterpart Mutula Kilonzo Junior have confirmed to have held talks over the same.

There is consensus in the house that the new Deputy Speaker should be a woman.

"People spreading propaganda that there are preferred candidates are afraid of nominations" Judy Pareno – NEB pic.twitter.com/uvHqMd4kp0

Judith Pareno, an ODM Director of Elections, is considered to be the early favourite for the position. She is both a woman and from the opposition. She might be voted in to cement the new working relationship between the two parties.

Pareno is believed to have earned the blessings of party leader Raila Odinga to go for top seat.

Subscribe to watch latests videos
In this article:Headlines,Judy Pareno,Kenya Senate