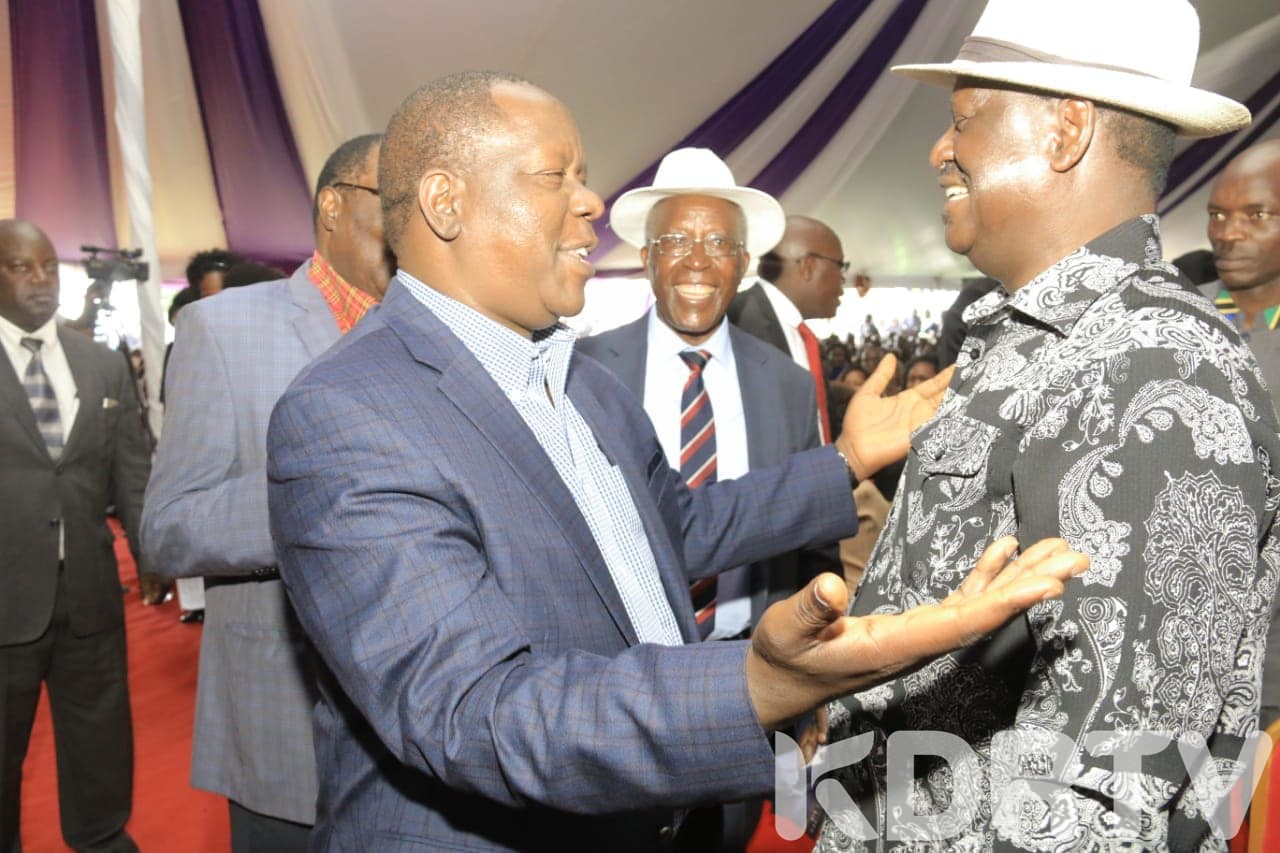 The African union Permanent Representative on Infrastructure in a coded message has told the Kisii community to concentrate on Nation building by fighting corruption and national cohesion.

This will ensure equitable distribution of resources to all Kenyans as this  can only be achieved by initiatives like (BBI) Building Bridges initiative fronted by the Former Premier and President Uhuru Kenyatta through the handshake deal.

While speaking at the funeral service of Dr. Henry Manduku at Nyanturago Kisii, the Premier told the Kisii community to relax as he knows exactly what their hardworking son, Dr. Fred Matiangi is capable of doing, and also advised them not to let the cat loose  from the bag before the right time.

READ ALSO:Cornered Governor Waititu Back In Court Again To Try Gain Access To His Office