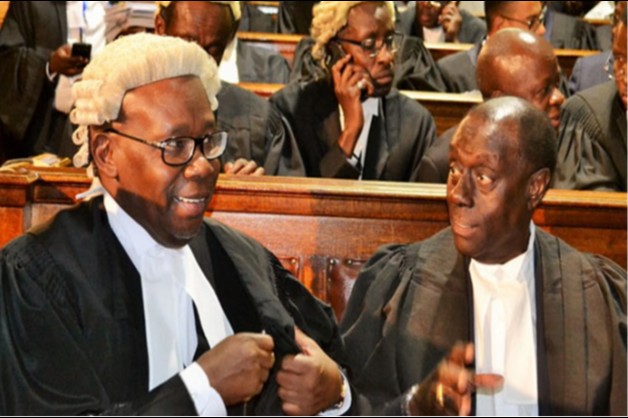 Three betting companies have put up a vivacious fight to have their paybill numbers restored since the suspension that took them out of business.

They have done this by hiring some of the city’s renowned lawyers, Paul Muite and Githu Muigai.

Last month the Interior CS Fred Matiang’i instituted suspension and ordered the closure of betting companies that were operating in the country illegally without conformity to the set standards and regulations.

The companies that have gone to court include Sportpesa, Betin and 1XBet where they mentioned have had their business halted despite meeting all the requirements.

Through their lawyers, Senior Counsel Paul Muite and Githu Muigai, the betting companies argued that they had obtained a court order to stop the suspension of their operations but they were forfeited.

The lawyers ideally argued that young people who had been employed were rendered jobless due to the suspension and lack of operation.

“Any action done in violation of a court order is null, hence the paybill numbers should be restored and the companies allowed to operate.”

The lawyers expounded on the huge investments that the companies had done such that the suspension led to huge losses that would lead to the closure of the companies.

They argued that the companies had conformed to the regulations and were playing huge roles in the economy through revenues and taxation.

Although Safaricom presented itself as an interested party,  it protected itself by claiming to have represented the public interests.

The case was presented upon Justice John Mativo is a huge one with details of failure to conform to the law and court orders as well as the regulations and standards of doing business in the country.

with the ongoing war, new betting companies have been introduced into the market making the competition more stiff.