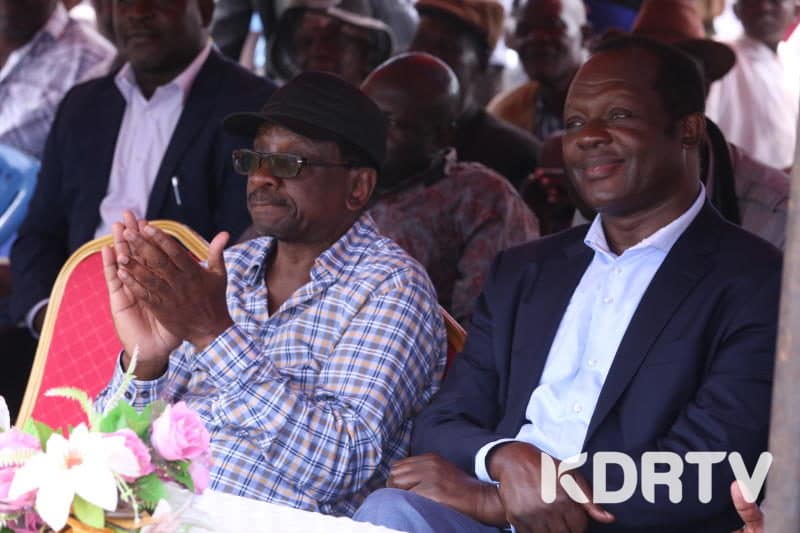 KDRTV understands that Raphael Tuju is now the key adviser of Raila Odinga in Nyanza after charged with a role of strategizing development matters in Nyanza region.

The move seemed to have annoyed the Deputy President William Ruto and his allies and thus have seemingly been pushing for the resignation of the Jubilee Party`s Secretary-General.

DP Ruto whose link with Raphael Tuju has recently gone down, took to his Twitter account to express his disappointment of Jubilee SG becoming the chief strategist of the opposition boss.

“So our democracy is so liberal that the secretary-general (Tuju) of the ruling party (Jubilee) has become the chief strategist of the Opposition!! Maajabu…(wonders!” Ruto tweeted on Sunday, July 14.

Since December 2018 when Raphael Tuju disclosed that DP`s presidential bid in 2022 is not guaranteed, the link between the duo has deteriorated drastically.

Read Also: Matiangi is Set to Drive Sportpesa, Betin out of Business to Clear Way for BetLion –Babu Owino

Lately, Tuju found himself on the receiving end after an alleged phone conversation between and State House operative George Nyancha stormed the social media.

However, he distanced himself from such conversations saying that it was forged.