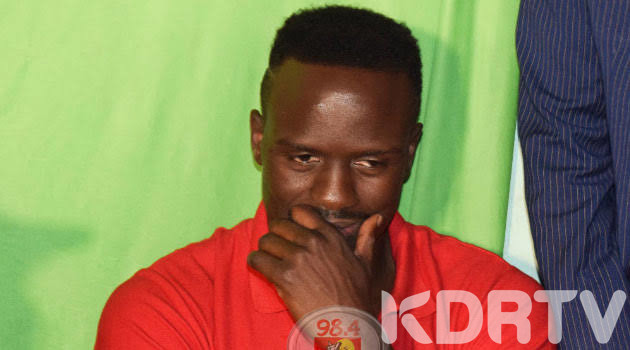 The Ruto train that was camping to clinch the Kibra by-election seat has suffered a major blow after the Independence Electoral and Boundaries Commission (IEBC) rejected Mariga’s candidature.

The Kibra by-election was slated for November 7, with McDonald Mariga as the chosen candidate to flag the Jubilee ticket.

According to the IEBC, Mariga’s details are missing on the voters’ register of 2017 hence his candidature cannot be accepted.

Only registered voters are allowed to run for elective posts after being cleared by the IEBC, and must have participated in the voting process with valid records.

“I just want to say that Mariga’s bid and candidature to run for Kibra by-election has been terminated. I have checked and verified as per my requirement but could not find his details,” said Beatrice Muli who was the IEBC returning officer.

READ ALSO: Power Struggle Between Uhuru and Ruto Behind Mariga Being The Jubilee Candidate For Kibra

Muli however advised Mariga to seek redress with the commission dispute resolution board within seven days.

With race almost on its final stage, Mariga has been locked out and the big race has been left for the big horses of ODM Imran Okoth and Eliud Owalo for ANC.

There have been rumors and allegations that Mariga was fueled by the DP Ruto in a bid to challenge Raila Odinga’s authority.

Kibra has for the longest time been known as the strong hold for ODM and Raila having served as a member of parliament for quite some time.

Initially, the Jubilee party through their leader President Uhuru has agreed to step down and not field a candidate for the by-election following Okoth’s demise from cancer as a way of paying homage to the handshake.

However the DP disobeyed the order and planted Mariga to serve as their candidate. Although Mariga refuted the claims of being a Ruto project, it was obvious and evident by the utterances that Ruto made during a stop in Kibra.

Although Jubilee MP Nixon Korir and former Kakamega Senator tried to persuade the commissioner to re look fell on deaf ears, they promised to appeal the decision and have their candidate back on the race.

I appeal to Mariga's supporters in Kibra Constituency to remain calm. Tomorrow we're to the @IEBCKenya Disputes Tribunal which will easily verify & find that @McDonald_Mariga is a registered voter. He will be on the ballot. Tukutane kwa debe.. pic.twitter.com/w2EEVpYyBt

This is a big loss for Ruto and his efforts to challenge ODM leader Raila Odinga. His planted candidate has scored his own goal.

“The constitution allows for a Kenyan who is qualified to vote or vie and has made that application to IEBC to exercise his right. You cannot prevent that no matter how long it will take,” said Korir.