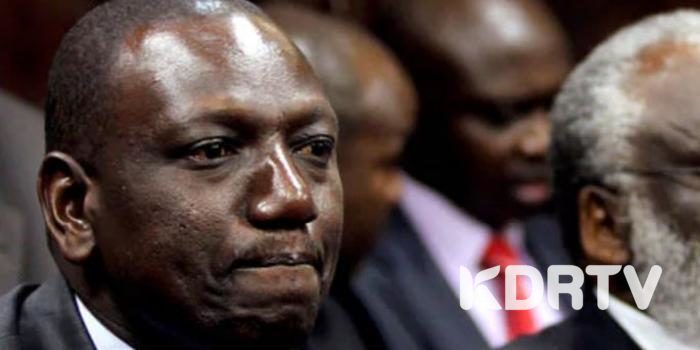 (KDRTV) – Deputy President William Ruto has said that he wishes he never joined politics and just remained in his Sugoi home taking care of his chicken.

Speaking at a funeral in Lanet on Wednesday, Ruto claimed that he is tired of the propaganda being spewed against him by the media and that he may be forced to quit the 2022 presidential race over the same.

“Sometimes I think if I was to remain in Sugoi looking after my chicken, I would not be dragged into the politics of cheap propaganda,” the DP told mourners.

He claimed that his opponents are so afraid that he may win elections in 2022 to a point they have resorted to sponsoring fake news and propaganda in the media.

“There has been a lot of propaganda in the Press. Those behind it are worried that I will vie for the presidency,” he added.

Read Also: I am not Ruto’s Employee – Murkomen in Angry Rant

The DP advised those behind the propaganda not to be consumed so much with 2022 because he may decide not to vie for the presidency.

“In 2022 there will be elections and there will be Kenya thereafter. People should calm down. It doesn’t matter whether I will be on the ballot or not. Whoever will win or lose, our goal should be lasting peace,” he said.

Early this week, Narok Senator Ledama Ole Kina accused Ruto of being behind his dramatic arrest. Ole Kina was arrested at the Royal Media Services Offices over alleged incitement remarks.

However, Ruto has maintained that he will ensure no community goes to war with another one in the Rift Valley.

Rift Valley was the most affected region in the 2007/08 Post Election Violence. Ruto was charged at the International Criminal Courts (ICC) over the skirmishes.