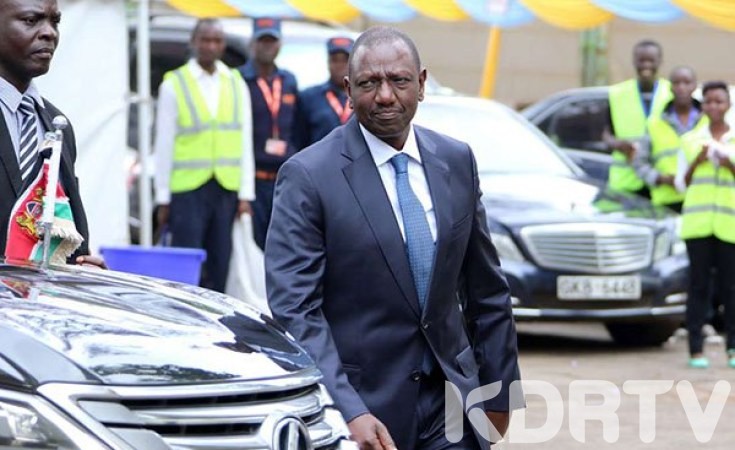 (KDRTV) – Tanga Tanga polticians have dared Deputy President William Ruto’s critics to go ahead with threats to impeach the DP because they simply will not succeed.

This is after reports emerged that handshake leaning MPs will converge in Nanyuki this weekend to discuss a possible plan to remove Ruto from office. The group led by harsh Ruto critic Joshua Kuttuny, claims that last weeks successful impeachment of former Kiambu Governor Ferdinand Waititu has shown that it is possible to impeach the DP because he doesn’t have the numbers in both houses.

On Monday, Lugari MP Ayub Savula announced that MPs from the ANC Party would hold a meeting in Nairobi to declare a stand on Ruto’s impeachment plot.

“The ANC PG is meant to ensure that the process of impeaching the Deputy President, which includes a collection of signatures to support the grounds for removal, goes on smoothly,” he said.

However, Belgut MP Nelson Koech, a key Ruto allies has brushed off the impeachment talks saying terming it a far-fetched impossible pipe dream.

“I dare them because I can assure you it will not be easy. This is a pipe dream that is good for politics but not reality. Let them bring it on,” Mr Koech, said as quoted by the Daily Nation.

The MP also warned that Ruto is not Waititu and it is impossible for his critics to get the numbers to support the impeachment motion in parliament.

On Sunday, the DP vowed to continue with launching government projects despite President Uhuru Kenyatta announcing that he will no longer sent anyone to represent him.

“I will continue launching water, road, education and electricity projects. I will continue coming here because I earn a salary as Deputy President and that is the work of a DP,” Ruto said at a function in Kisii.

Do you have a problem with your manhood? Mugwenu doctors are here for you. Contact them on +254740637248 Www.mugwenudoctors.com. They also help with love issues,family problem & hardships in business