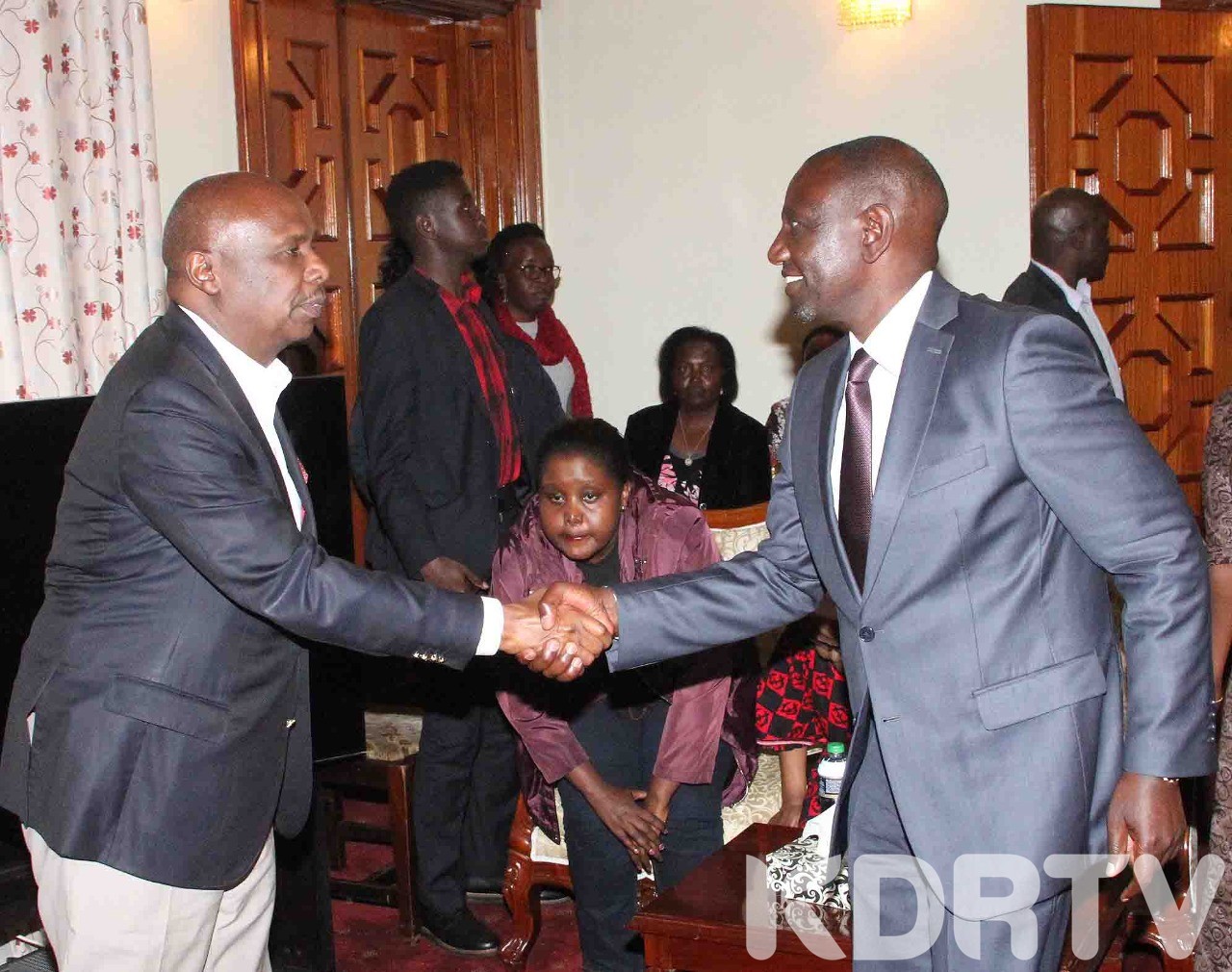 (KDRTV) – Deputy President William Ruto surprised many people when he announced on social media that he had condoled with the family of the late former President Daniel Arap Moi at their Kabarnet Gardens Residence on Tuesday.

Ruto who does not see eye to eye with Mzee Moi’s last son Gideon was not expected at the home after the humiliation he had suffered earlier in the day.

Knowing that it wouldn’t be easy to access Kabarnet Gardens, Ruto wittingly decided to fly to the residence after leaving Kakamega where he had condoled with the families of the 14 pupils who died at a stampede on Monday evening.

The DP caught the Moi family unaware when he landed! Several KANU politicians among them, Tiaty MP William Kamket had no option but to receive the second in command. Kamket has been one of the DP’s biggest critics.

Ruto proceeded to the main house where he met Gideon and his brother Raymond Moi and condoled with them. His cameraperson was on point to record the moments.

The DP had visited Lee Funeral home with the intention of viewing Mzee’s body but was turned away after being told that the body was being embalmed.

This was just one of the many humiliations in which Ruto has suffered at the hands of the Moi family in recent times. In 2018, he was kept waiting for hours at Moi’s Kabarak home but still, he couldn’t meet the former President. The family released a statement saying Ruto visited at the wrong time, when Moi was undergoing his routine medical check.

IN April last year, the DP was forced to visit late Jonathan Moi’s Kabimoi home to condole his family and not Kabarak where other leaders were condoling with Mzee. Ruto’s friends who visited Kabarak were turned did not meet Moi, a clear indication that the DP would have been humiliated.

During the burial ceremony at Kabarak University, Gideon Moi did not stand up to greet the DP. Ruto was also made to speak before inviting the Baringo Senator which is a clear breach of protocol.