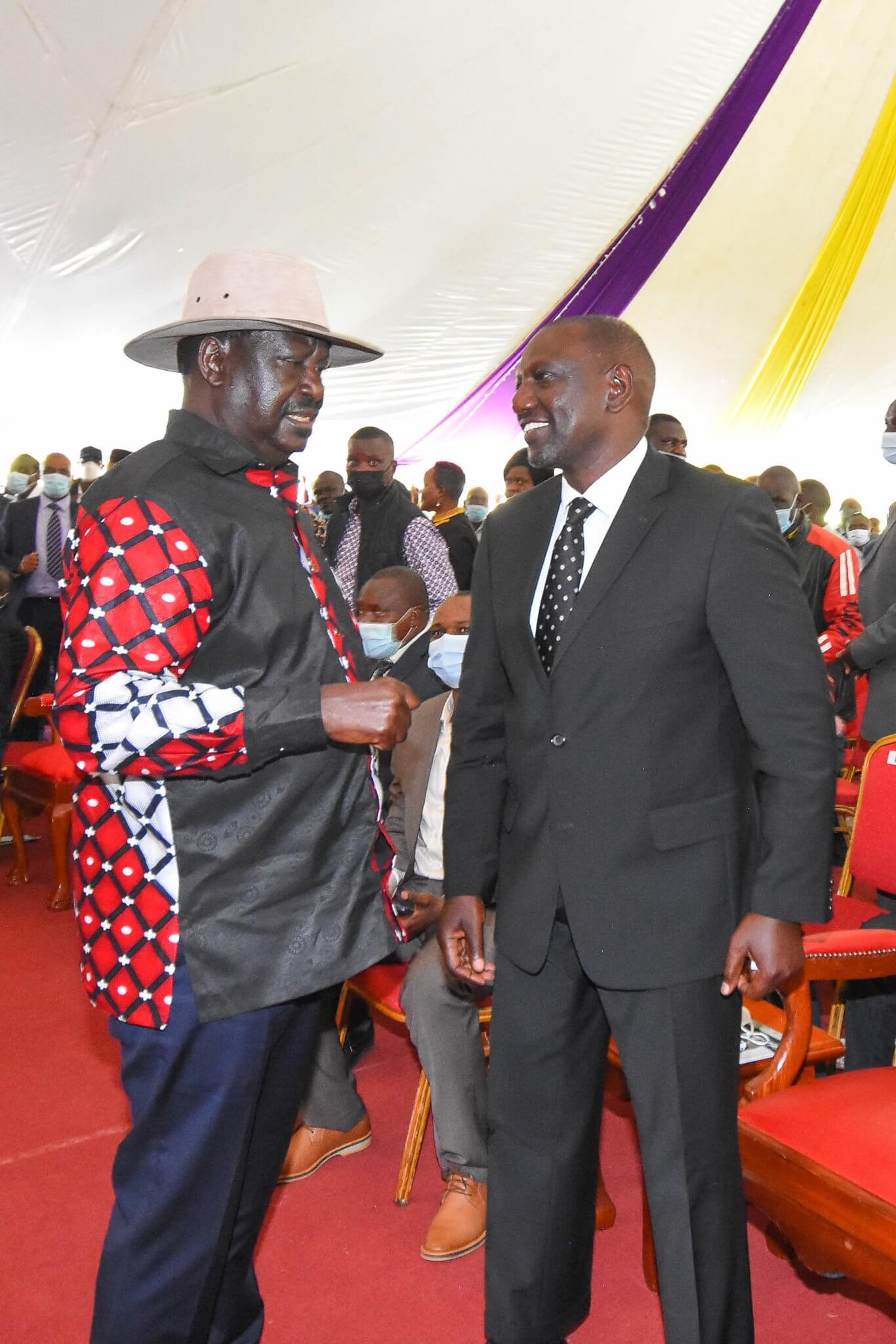 The DP claims that the two leaders are now criticizing his Hustler Politics but had no problem when he supported their dreams in the past.

We will miss his wise counsel. Our prayers and sympathies are with the Gongera family and their loves ones at this difficult time. Rest In Peace, Mzee Gongera. pic.twitter.com/E4ZmS2SUE2

Speaking at a funeral in Kisii on Monday, Ruto claimed that he helped Uhuru become President and Raila got the Prime Minister’s post in the coalition government with his help.

However, the two leaders are now persecuting him over his style of politics.

“I helped Raila until he became the Prime Minister of this country, and that time I was a good man. I did the same to Uhuru Kenyatta until he won the Presidency twice and I was a good man. When I am assisting them they see no problem but when I decided to help Kenyans struggling to make ends meet they turn against me, ” Ruto remarked.

The DP, who spoke at the funeral of Kisii Deputy Governor Joash Maangi’s father also defended his use of the Wheelbarrow to empower the youth saying it is not different from Kazi Mtaani.

“What is the difference between Kazi Mtaani and buying a wheelbarrow to empower someone to use it to sell his or her wares. Kenyans are not foolish. You can no longer lie to anyone.” He charged.

The DP was directly responding to President Uhuru Kenyatta who has warned Kenyan Youths that they need jobs not wheelbarrows.