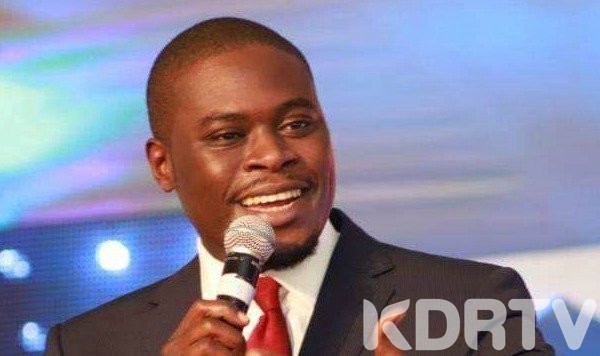 Sakaja has asked the former Member of Parliament to decline the appointment as the chairperson National Employment Authority (NEA) adding that it was the most noble thing to do.

In a statement, Sakaja noted that while Wambui is qualified to serve Kenyans, she is not eligible to run the institution.

The chair, as provided by Section 10(2) (c) of the National Employment Authority Act shall have at least 7 years experience in Human Resource Management or its equivalent.

“I have confidence that she has the ability to serve Kenyans in a different capacity but not as the vision carrier and chairperson of the National Employment Authority. I therefore urge her to politely decline this particular appointment,” read part of  the statement.

The news of the appointment of the former Othaya MP by President Uhuru was received with mixed reactions, with majority of Kenyans castigating the move adding that there were majority of younger people more qualified for the position and needed to be employed.

Among those appointed also was Joyce Laboso widower Edwin Abonyo whose fate was intervened by Raila Odinga.

The ex legislator was appointed to the board in a gazette notice issued by Labor Cabinet Secretary Ukur Yatani on Monday.

"I have confidence that she has the ability to serve Kenyans in a different capacity but not as the vision carrier and chairperson of the NEA," @SakajaJohnson said. https://t.co/oH84nDpW87

She however, reached out at critics who claimed that she was too old for the role, narrating that she was most qualified and worthy of the appointment hence justifying it.

Sakaja brought about the debate where young people are unemployed with good education and qualification yet there are older people who need to retire being awarded state jobs.

He asked the members of the Kenya Young Parliamentarians Association to file a petition quashing the appointment of the former legislature.