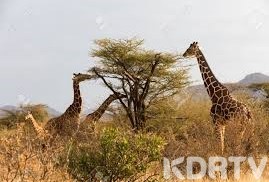 Samburu MCAs have taken the issue on conservation of wildlife and natural resources a notch higher by passing a new bill that aimed to streamline the activities of conservancies through funding.

Samburu Governor Moses Lenolkulal appraised the new move by the MCAs terming it a plus to the tourism sector and the natural resources.

“The County Assembly has done a great job by passing the Conservative Bill into now becoming an act. This new law will help in formation of partnerships that will improve tourism in our region,” said Governor Lenolkulal.

The Governor also added that there will exist seven new conservancies that will be managed by the devolved government and through it jobs will be created and funds obtained distributed to handle county agendas.

The Northern Kenya is known widely for its rich natural scenery and different species of wildlife.

Over the years, the Northern Kenya has participated in generating revenue to the government through tourism attraction sites and wildlife.

The communities living in the Northern Kenya such as the Samburu are also very rich in their culture in that it excites and entices foreign people to come learn and be a part of it.

This new bill that has been passed into an act is aimed at safeguarding the resources in the region through protecting the wild animals and other tourist attract sites, with the aim of commercializing the sector and making it beneficial to the economy.

The move was also applauded by the County Tourism Executive Peter Leshakwet adding that it was a big step in the right direction.

“The passing of the Bill by the Samburu County Assembly is a big step in the right direction. The future of conservancies in the Northern Kenya is secured and in the right place,” said Leshakwet.