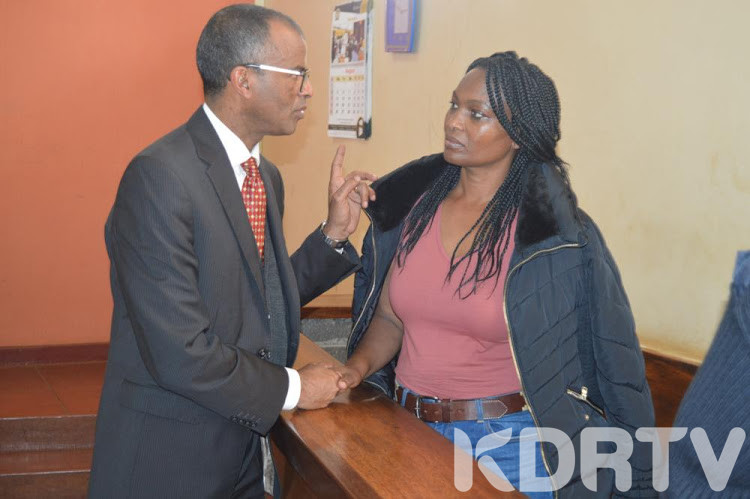 In a statement, Murgor said that the media had been peddled with with propaganda linking President Uhuru’s second cousin to the murder of Tob Cohen.

Justice Lessit who was assigned the case regarding the brutal murder of Dutch billionaire had gagged the interested parties in the case from unraveling its details.

Justice Jessie Lessit had gagged the DCI,DPP and the defense from uttering words to the media.

However, new details have linked President Uhuru’s first cousin in connection with the murder, hence a person of interest.

“There is a publication that a second Cousin of President Uhuru has been arrested. The journalists who published the story confirmed that they were given the information by the DCI,” said Murgor.

With Sarah Cohen appearing in court and failing to take plea again, the case is still in its early stages and termed too crucial to be aired in the media.

Murgor threatened the DCI with a lawsuit regarding the same, although the claims were rubbished by the state prosecutor Catherine Mwaniki  adding that the matter would be looked into.

In a twist of events, Murgor ideally unleashed new evidence and presented to court a picture of Ms Mwaniki who is the state prosecutor meeting with daughter of Cohen’s close ally Patrick Muiruri who was also a former MP.

Mr. Muriruri had his guns blazing after the death of Cohen pointing all his fingers at the wife, Wairimu and accusing her of plotting the murder.

In an interview with the media, Muiruri said that Cohen had confided in him before his death the tribulations in his marriage, adding that should anything happen to him, the wife should be responsible.

“On the day of Cohen disappearance we spoke for over 40 minutes. He told me he was worried about his life and should anything happen to him, the wife should be liable,” said Muiruri.

Murgor termed the meeting between the two inappropriate and unethical adding that it was fishy and meant to have him thrown out of the case.

“Page 73 of our affidavit concludes with a picture of the state prosecutor Ms Mwaniki holding a meeting with a person of interest in the case. This is unethical and a plot to have me thrown out of the case that has attracted the interests of people,” read the affidavit.

Murgor has also accused the former MP Patrick Wairimu of threatening him during the burial of Late Tob Cohen, saying that he would deal with him.