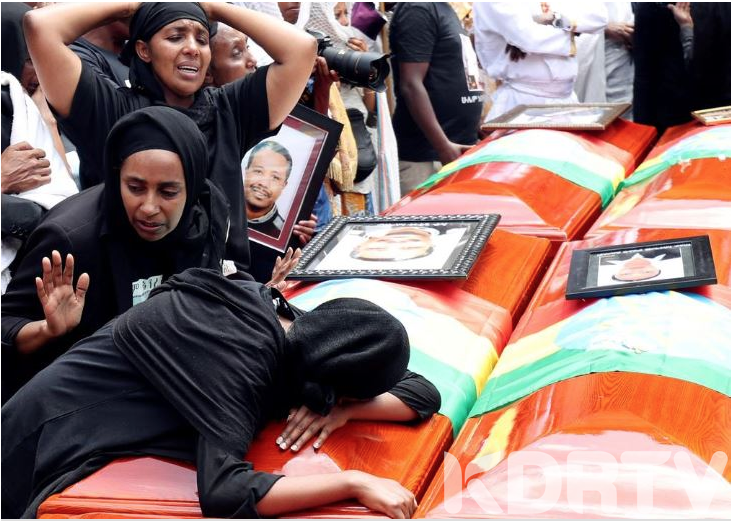 The Aircraft manufacturer Boeing has offered to give families of the victims of Ethiopian air crash SH 15 Million as part of an apology and compensation scheme.

This comes from the 50 million dollars funds set aside for financial assistance.

The manufacturing company has affirmed to have receive offers from different lawyers that represented the families with an application deadline set for before 2020.

Although the news has been received well with some of the victims’ families and their lawyers, there are other hitches surrounding the amount offered and the methods used to disburse the funds.

“Boeing should not use the gift to influence the jury in any way. The methods used to disburse the funds should be disclosed and done in a legitimate way,” said Irungu Kang’ata, Murang’a Senator and an owner of the law firm representing some of the victims.

Ideally some lawyers narrated that the amount was too small and not enough to compensate a family that lost a loved one through such a cruel manner.

“The amount is too small and doesn’t come close to compensating the families. The loss of a loved one cannot be measured in the amount of money offered,” said a Texas based lawyer representing 15 Kenyans.

The Ethiopian Boeing crash resulted to the death of 157 people with reports and allegations pointing to negligence by the manufacturing company.

The families of the victims were left in shock on March 10, as the plane crashed six minutes after take-off with all passengers reported dead.

READ ALSO: Tragedy as 60 Die and Many Injured in Tanzania Fuel Tanker Explosion.

According to the lawyers representing the families of the victims, the manufacturer is using the compensation scheme to lure them and sway the ruling of the jury into a direction that will serve to their advantage.

The lawyers advised the victims to take the money offer although warning them not to withdraw the complaints and suit that was filed.

“The Boeing is apologizing in a colorful manner but nobody should be swayed to withdraw the lawsuit, rather they should proceed and pursue their individual claims,” said one of the lawyers.