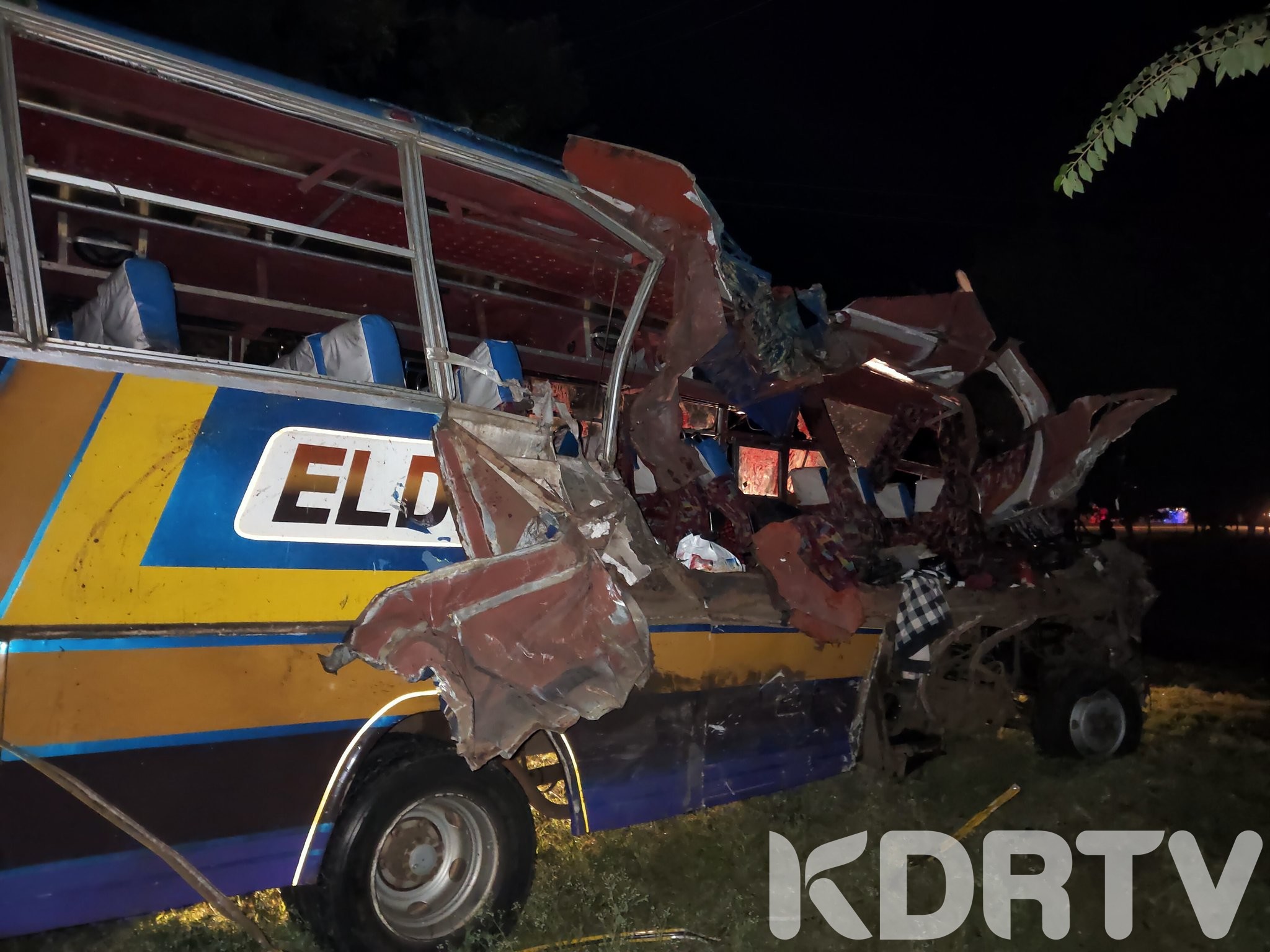 Doctors in Kisumu County hospitals refused to attend to survivors of the Awasii car crash that happened in the wee hours of Friday morning.

At least 13 people perished in the grisly accident involving an Eldoret Express Bus and a Lorry at Pala area, Awasii on the Kisumu-Kericho Highway. According to Kenya Redcross, 35 other people were rushed to different hospitals with injuries.

But a Citizen TV reporter has revealed that doctors at the Jaramogi Oginga Odinga Teaching and Referral Hospital are not attending to the victims leaving clinical officers and nurses to take charge of the emergency. According to the reporter, the doctors are still on a strike that has lasted for more than three weeks.

No doctors in Kisumu County are rendering services as their grievances have still not been addressed after the general health workers strike in Kisumu County. Those injured from Awasi accident are being attended to by nurses and clinical officers #DayBreak pic.twitter.com/YmBvFH4QtW

The fate of at least 18 survivors who are currently admitted the facility, some in critical condition is unknown following the impasse between the doctors and the Kisumu county government. The accident has also exposed the agony of Wananchi who have not had proper health services in the period the doctors have been on strike.

According to eyewitnesses, the accident happened after the driver of the bus tried to overtake a tractor, leading to a head-on collision with the bus. The drivers of the two vehicles are among those who perished.

National Police Spokesperson Charles Owino has asked the public to be vigilant on the road and follow traffic rules.

The accident happened just a few kilometres from the scene of the Fort-Ternan accident, where at least 55 people perished following a crash involving a Homeboyz Bus from Nairobi en route to Kakamega in October 2018.

The government, through the National Transport and Safety Authority (NTSA) banned night travelling at the time. We could not confirm if the Eldoret Express bus had been cleared to operate at night by the time of going to press.

An accident is a terrible thing to go through, no matter what type. My condolences goes to the families who lost their loved ones in AWASI road accident and speedy recovery to the injured ones.@eldoretexpress#DearPresidentUhuru
#FridayFeeling pic.twitter.com/zlOTKIKjmS

Subscribe to watch latests videos
In this article:Awasii,Eldoret Express,Headlines,kenya police