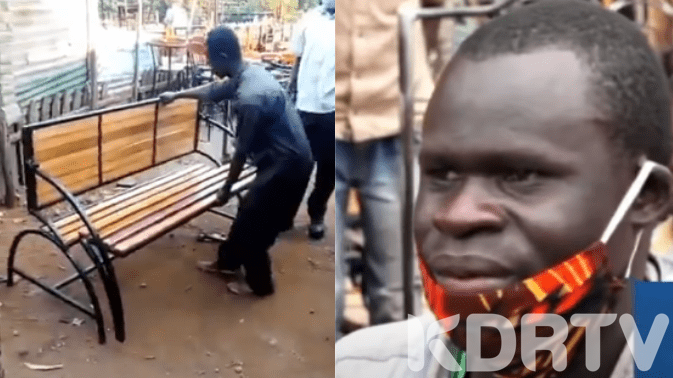 (KDRTV) – It all started with a video of a client who was satisfied enough to share a unique sofa he had purchased from a Jua Kali artisan on Twitter.

The video shows a three sitter sofa, which can be quickly expanded into a six-seater with a table in the middle. The creativity in the seat was out of this world. Really!

The video was so good that it was picked by the mainstream media.

If you know who these guys are tusaidieni contact. https://t.co/sLvTlIzytC

And then Citizen TV visited him at his place of work along Ngong Road. By this time, he had already received 700 orders for the unique seat which can be converted into a bench to accommodate six people with a table in the middle. One seat costs Ksh 22,000. The 700 orders will bring in just above Ksh 15 million making Mr Stephen Odhiambo the latest millionaire in town. A millionaire during the COVID-19 pandemic.

But how did it start? Odhiambo says his curiosity was drawn to a video on the internet. Yes, he did not invent the bench someone else did it but he found a way to copy the idea. We have learnt so many things on Youtube, Steve learnt something that made him a millionaire. It is the difference and it is big.

Steve and his team are now making five benches in a day. And the orders are coming in thick and thin that he is thinking about switching off his phone when working.

A simple video on Twitter can change your life!