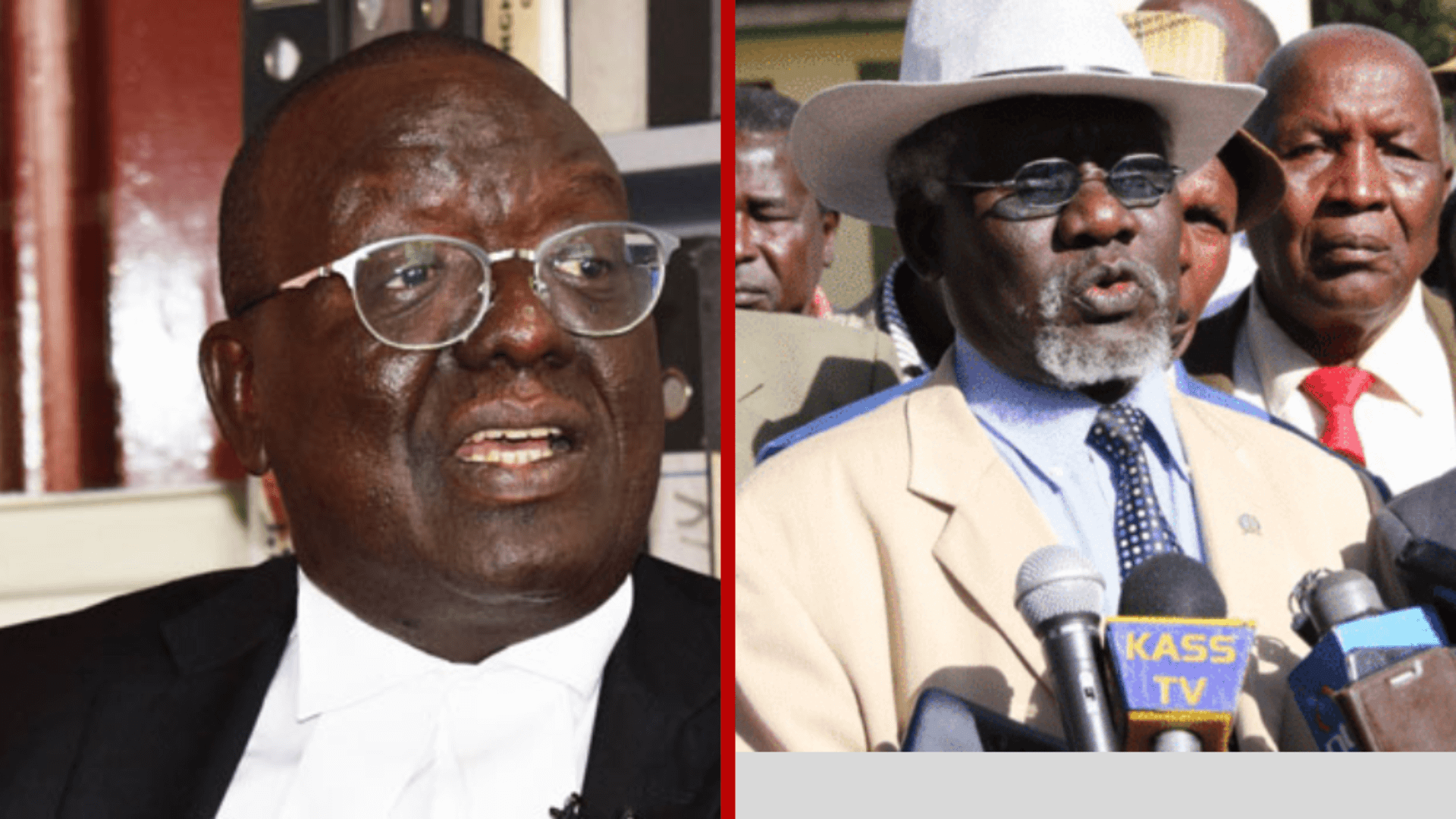 (KDRTV) – The BBI report has continued to elicit sharp reactions from members of the taskforce who came up with the document which is likely to change the political future of the country.

Major John Seii, a member of the 14-member task force, claimed on Thursday that some of the BBI proposals were alien as they were never discussed by the team.

The Kalenjin Elder specifically pointed out the proposal to expand parliament by introducing 70 extra seats as one of the proposals that was never discussed.

“In our minds, we had heard the call from Kenyans to  Kupunguza Mzigo. The donkey is tired and should be relived and if not so, then do not add more burden.

“Then we saw the introduction of 70 MPs. Then we asked, where did the 70 come from? Who said this county should get them and the others will not get them,” Seii said in an interview at a Kalenjin Station on Thursday.

Major (Rtd) John Seii was in the BBI Task Force to scuttle the whole thing, when he didn't manage, he is now scuttling the process. He was quite theatrical and lyrical when making the pronouncements. But that won’t deter the train from arriving at its destination.

He also claimed that the task force members were forced to sign the document without going through it. He suggested that ODM leader Raila Odinga and Interior PS Karanja Kibicho were present when they signed the final document.

Those who didn’t sign the document had their signatures doctored.

However, lawyer Paul Mwangi, a joint-secretary of the taskforce claims that John Seii is not honest about his comments on the report.

What happens when ELDERS, like Major John Seii become ACTIVISTS and not CONSENSUS-BUILDERS? And What HAPPENS when the "House of Bishops" LOSES its PROPHETIC VOICE and becomes a 'School of UNTAUGHT Political Analysts"? The BALAAM donkey is GIVEN Voice to Prophesy. Church BEWARE!

Mwangi, in a series of tweets, claimed that Seii was caught on more than one occasion taking pictures during meetings.

“More than two times during BBI retreats, Major Seii was caught secretly photographing presentations on the projector screen. When asked he claimed he had bad eyesight and wanted to take a closer look. Members beseeched him to stop. Not surprised how its eventually playing out,” Mwangi said.

All the issues Major Seii is trying to disown are in the first report. PM is in first report. Saving 290 constituencies and instead adding the seats was in too. He doesn't deny signing both reports. But says he, a senior military man, signed without reading. Like , really ?

Mwangi further claimed that John Seii has repeated on several occasions that he is under pressure and even asked for extra security.