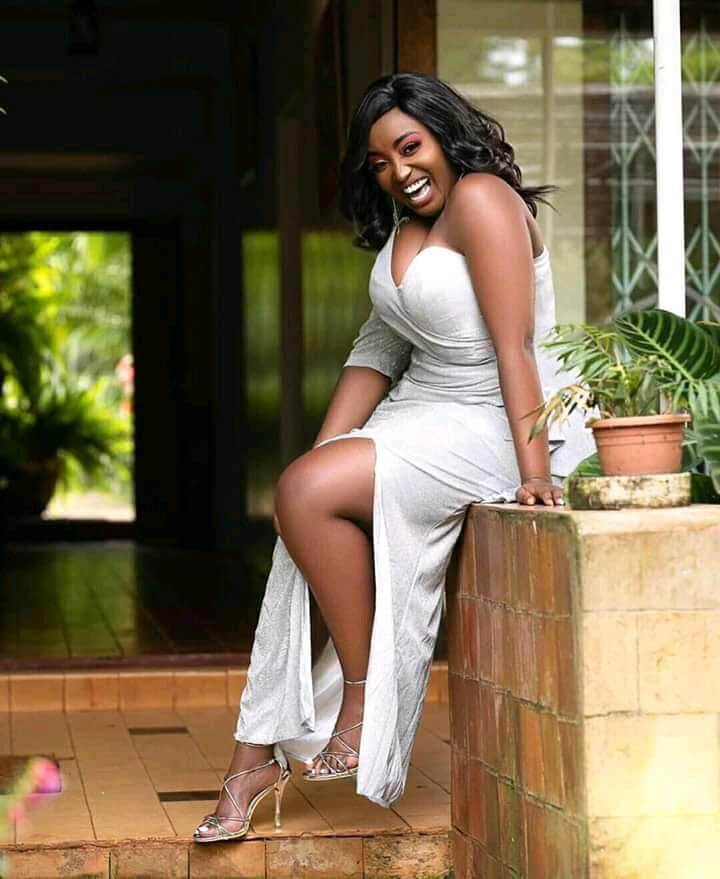 The beautiful and curvaceous TV presenter now plies her trade with Switch TV after ditching KTN where she used to host the popular ‘Life and Style’ show. She is known for her bubbly personality as she is always in cheerful high spirits every time she conducts an interview on TV. The lady is not married but she has been exposed by some ladies for ruining another woman’s marriage, something that netizens have not taken kindly.

A lady by the name Alice Lynn has narrated how Mwikali was involved in an affair with a married man by the name Geoffrey Katee. What is even more surprising is that she used to drop the man in question at his house in Nairobi’s Nyayo estate and made sure that his wife saw them. She was doing it with impunity according to Alice. She was allegedly using a car that Geoffrey Katee bought for her from Mombasa, a grey Nissan X-Trail. 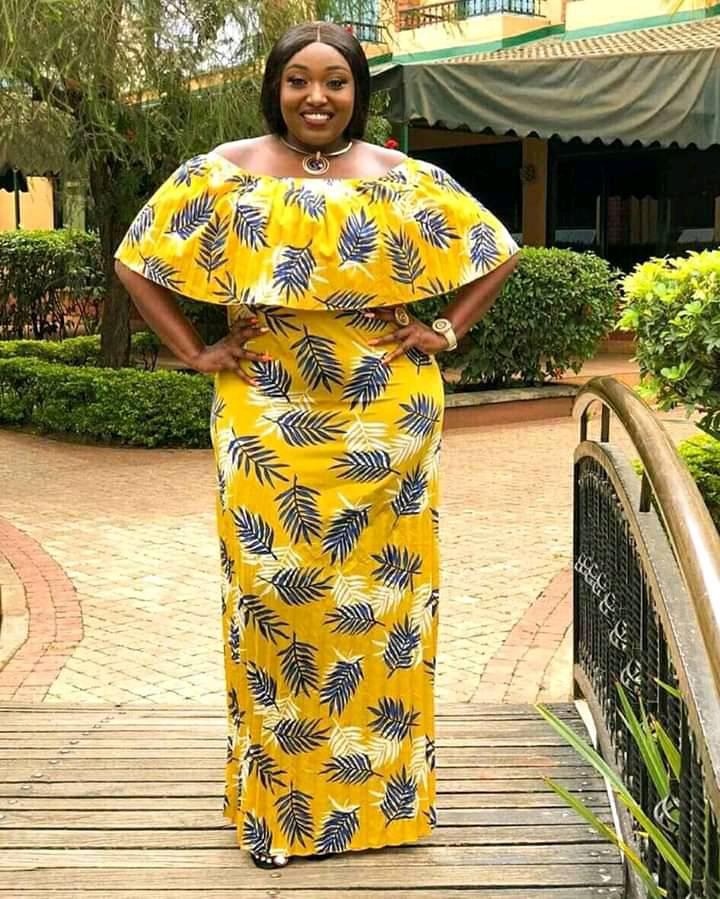 Part of Alice’s post reads, “Yeah, Mary Mwikali is beautiful and curvy but I have to say that I feel so bad when I remember when she made her fellow woman (wife to Geoffrey Katee) to suffer and cry. Yes, the man is to be blamed but Mwikali made sure she could drop Katee at his house at Nyayo Estate right at the door where his wife would see them. She was using Nissan X-Trail ya grey which Katee bought for her from Mombasa.”

Apparently the wife to Geoffrey Katee tried to plead with her to stop seeing her husband but she could hear none of it. Not until the guy ran totally broke.

“Katee’s wife has been crying and fasting day in day out for Mwikali to stop seeing her man. Ndio wameachana but after the dude ran totally broke,” said Alice Lynn.

Check out screenshots of Alice and Reeshy’s posts below exposing Mwikali; 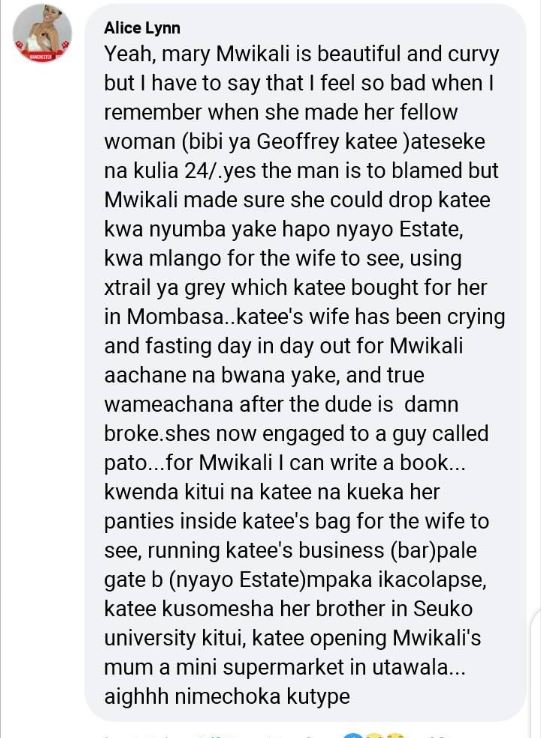 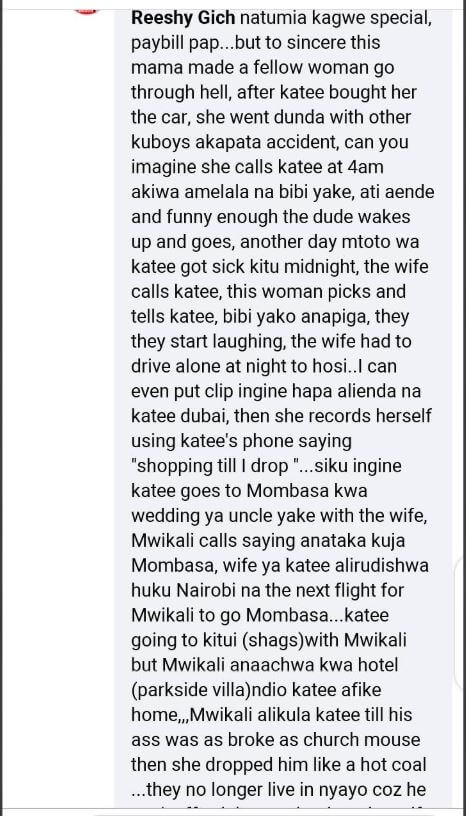