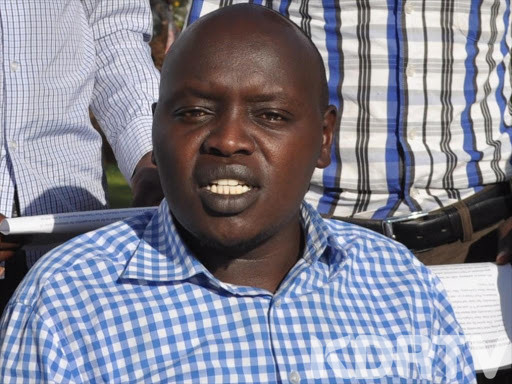 A statement posted on DCI’s social media handles said the tough talking first time lawmaker is wanted over utterances he made at a funeral in August this year.

#ARRESTED|NANDI SENATOR Hon. Samson Kiprotich CHERARGEI has been arrested by @DCI_Kenya Detectives following his hateful utterances at Kilibwoni Primary School on 17th August 2019. The suspect will be taken to court today to face charges of ethnic contempt c/section 62(1)… pic.twitter.com/SjPpTsaind

Cherargei said that they were profiling everyone opposed to Ruto’s Presidency and they would deal with them after the elections.

Don’t think that the DP does not have his supporters. Continue abusing him but know that we are marking and profiling you. When that time comes, we shall deal with you,” the senator said in Lelwak, Nandi county.

He was first arrested at his Eldoret home on August 20.

Ruto’s allies have termed the arrest as selective  especially  since non of ODM members have been arrested since the violence that was meted on the Tanga Tanga Group during the Kibra by-elections last month.