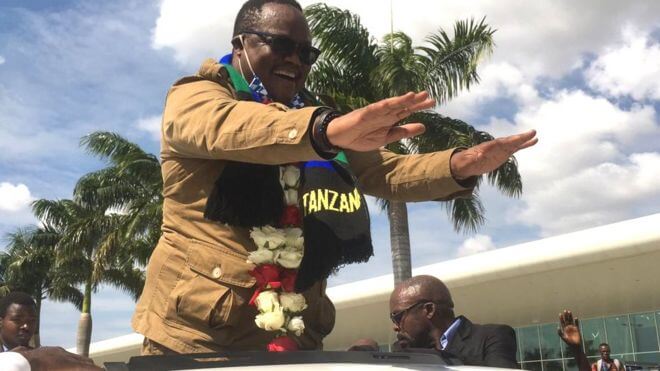 (KDRTV)-Tanzania`s opposition leader Tundu Lissa has fled the country for Europe amid crackdown on the opposition leaders days after the President Magufuli was sworn in for the second time.

According to the video seen by the KDRTV, the leader of CHADEMA could be seen leaving for the airport in company of German embassy officials in Tanzania

President Magufuli was declared the victor of the poll with 12.5 million votes with Lissu being the second with 1.9 million votes.

At the same time, only two opposition lawmakers were elected with the ruling Chama Cha Mapinduzi (CCM) party winning all other seats

Several opposition leaders including Lissu were arrested after threatening to stage demonstrations
Subscribe to watch latests videos
In this article:Headlines