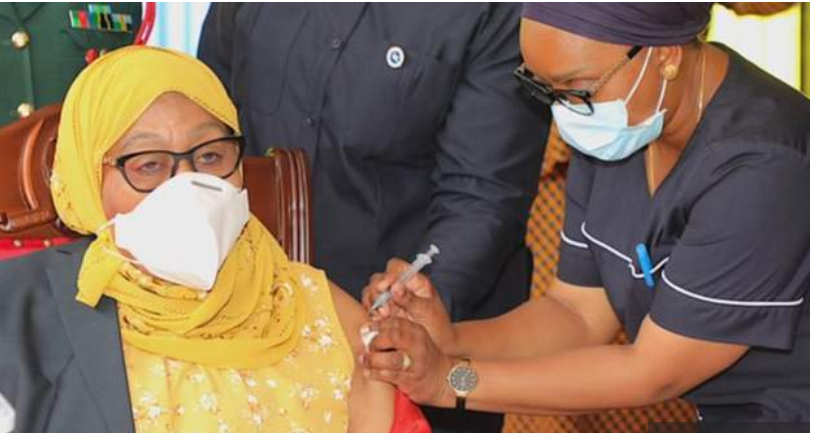 The president led other governments in the launch of Covid-19 vaccination in the country.

KDRTV has established that the Prime Minister of Tanzania, Kassim Majaliwa, has also received that jab.

“We are not an island and that is why now we are starting vaccination,” said the president who took office after late President John Pombe Magufuli.

President Suluhu said that she is not ready to lead Tanzania into a dangerous path as a mother and a wife.

The function meant to launch the vaccination exercises across the country was attended by musicians who performed songs encouraging Tanzanians to embrace the Covid jabs.

Surprisingly, during the event, the musicians used only microphones without sanitizing them.

On Tuesday, the Africa CDC hailed President Suluhu Hassan for her efforts to halt the spread of the pandemic.

President Samia has been hailed by the international community for embracing the global plan to vaccinates her citizens against Covid-19.

Samia`s footprint is contrary to her predecessor John Pombe Magufuli who was very skeptical about global measures to halt the spread of the pandemic.

Magufuli at some points said that Tanzania was free from Covid-19 and advocated against Covid prevention measures such as wearing masks, washing hands, and avoid public gatherings