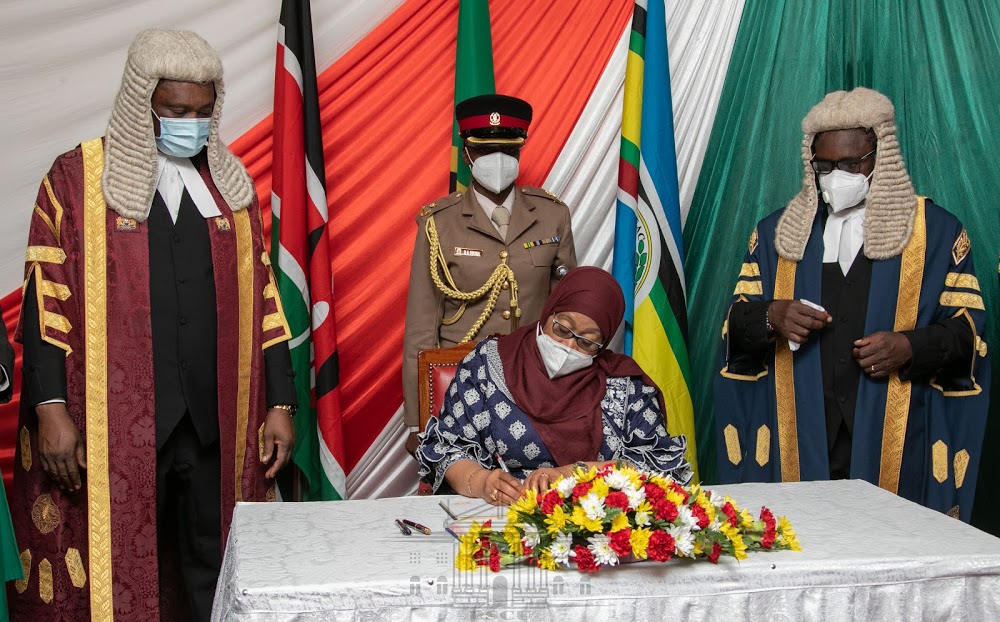 Tanzania President Samia Suluhu explained why her visit to Kenya is important and was scheduled first on her calendar after being sworn in.

Addressing a joint sitting of Parliament, Suluhu clarified that her visit to Kenya was her first official state visit and not in Uganda as many might have thought.

She said that her visit to Uganda was not a state visit but was there only to sign the pipeline deal. She however to make Kenya her first state visit because of the historical ties the two counties have enjoyed over the years.

“I was in Uganda to sign a deal but my official state visit is to Kenya,” Suluhu said.

“I have received many invitations but I decided to start with Kenya because of the historical ties between the two countries.”

“I am delighted to get the opportunity to address the joint sitting of Senate and National Assembly of Kenya,” she said.

Suluhu concluded her two-day visit today and returned to Tanzania in the evening.