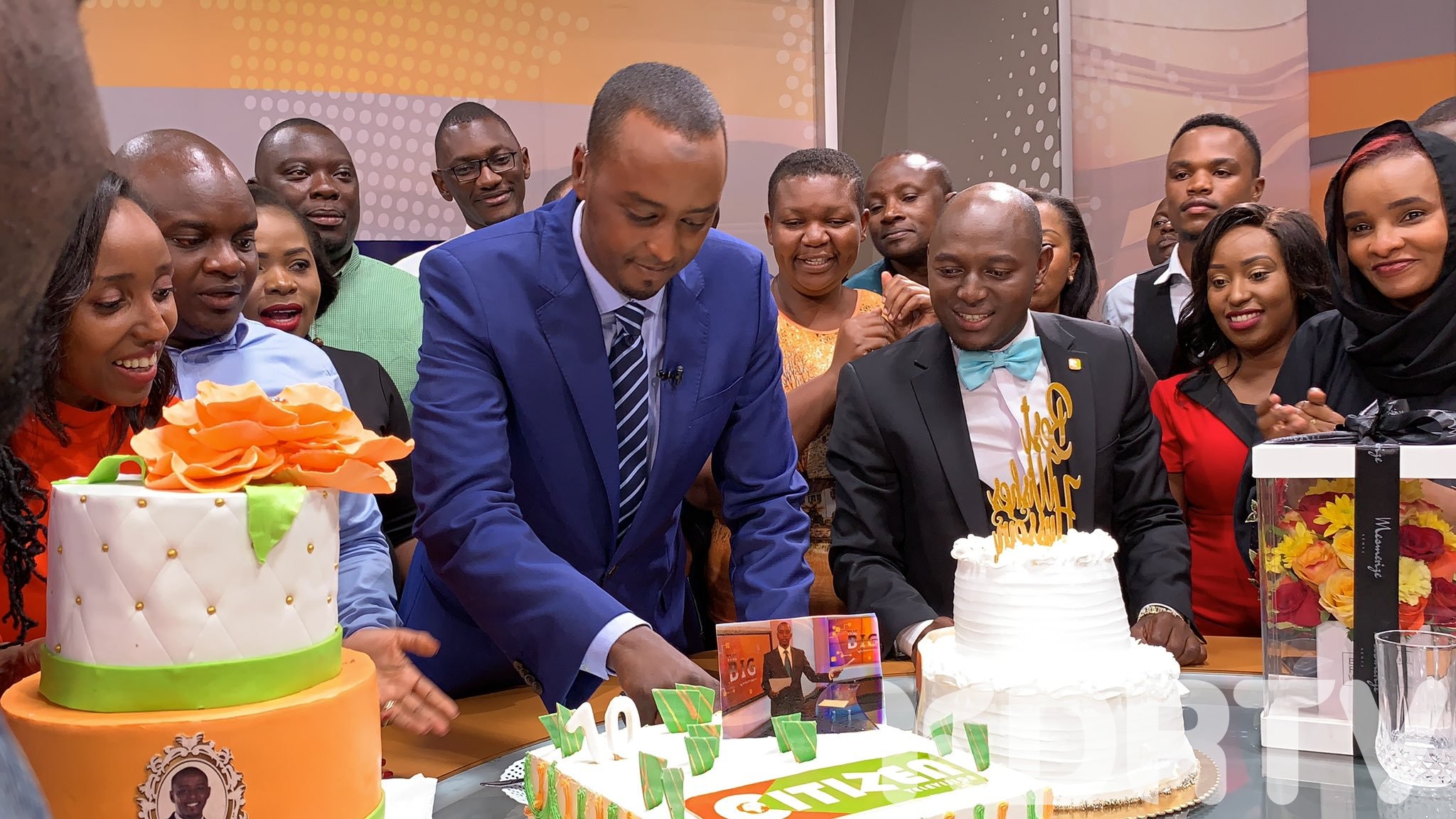 Hussein Mohammed has finally called it quits after 10 years at Citizen TV and what a way to exit the company? Hussein held hosted Senate Majority Leader Kipchumba Murkomen and his national assembly counterpart John Mbadi on his last #NewsNight Programme on Tuesday and for the first time, the show was more about the journalist and not the interviews.

Unlike the previous shows, this was a special programme that pushed under the hashtag #ThankYouHussein on social media. Most of Citizen TV news anchors who have been at the station for the past 10 years like Willis Raburu and Lulu Hassan were all present to celebrate one of the biggest names in the Kenyan media industry.

My brother, I have no words… for now thank you , for advice, for the consulting, for the correction, for the drives when I was a nobody with no name, for showing me that you can be good at what you do just by being you @HusseinMohamedg #ThankYouHussein #Newsnight pic.twitter.com/D02V5mjSVM

Immediately after the show ended, all the RMS staff including the gateman stormed the studio with big cakes to bid Hussein farewell. ‘Bella Ciao’ the theme song of iconic TV series Money Heist was played in the background. Everything was so emotional that some people like Lulu Hassan almost cried.

‘You know very much how we as a company have valued your contribution. We believe that all you will do in future will be successful. All the best Hussein.’ Waruru said.

Citizen TV also collected views from some of the politicians who have been interviewed by Hussein during his time at the station. ODM leader Raila Odinga said Hussein is one of the best interviewers that Citizen has ever had.

‘He did a lot of background information before the interviews. He had answers to the questions he asked. He was persistent which sometimes could be irritating’


On October 4, Hussein announced, through his official Twitter handle, that he will be quitting RMS after 1o years.

“It has been a wonderful 10 years at Citizen TV. I have enjoyed & relished every moment I shared with my colleagues at RMS. I have decided to take a break after October In Sha Allah to concentrate on other matters. Loved the fans, the critics & everything in between. See you soon,” he said.