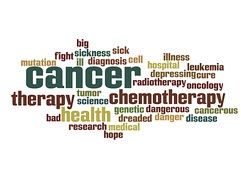 It is evident that cancer is a menace in the country and has become the killer disease taking away lives one at a time.

As a country we are in a very sad period mourning the deaths of our beloved ones who have succumbed and lost the battle due to cancer.

July has been a really bad month encumbered with deaths of both prominent and ordinary Kenyans to cancer.

In the month of July alone, close to five known cases of death by cancer have been reported, with the latest being Bomet’s County Governor Joyce Laboso.

This comes a few days after Kibra MP Ken Okoth Succumbed to the killer disease, and Bob Collymore before him.

This brings a question about the health structure and status in the country.

Cancer creeps into the body and eats up slowly until the victim is unable to push on and wears out.

However, it only becomes news when a prominent person dies yet there are other ordinary people and families that have lost their loved ones because they could not afford treatment outside the country and the facilitates within the country are limited and unreliable.

According to the World Health Organization, about 48,000 new cases of cancer were reported in 2018 alone.

This means that the number is growing at arapid rate and more people are lost due to the disease.

He spoke at a press conference at Lee Funeral Home after viewing the body of the late Joyce Laboso.

How long will it take for the disease to be defeated and curbed?

This is a question that runs in every Kenyans mind.

Regular checkups and screening are necessary in order to avoid of fight the menace.

As it it through early checkups that it can be detected and curbed at an early stage before the cancer cells advance.

However, there are very few facilities that cater for this in the county which is very sad.

The government should therefore declare the disease as a menace in the country and put up measures and procedures to fight it so that we can be able to save our people.

(KDRTV) – Barbie Kyagulanyi, the wife of Uganda opposition leader Bobi Wine has claimed that she has been unable to receive calls on her...

(KDRTV) – Chief Justice Emeritus David Maraga has insisted that he does not regret nullifying the 2017 Presidential election and that he would make...