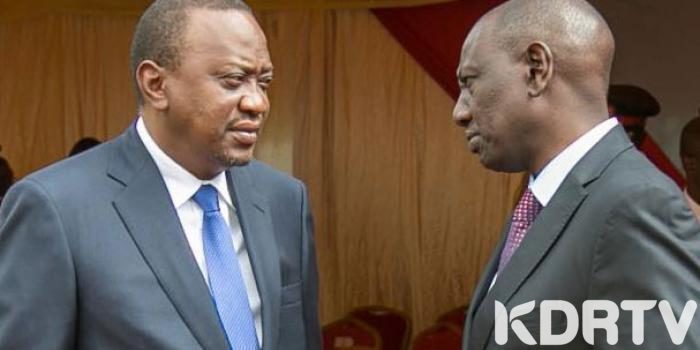 President Uhuru Kenyatta, has warned team Tanga Tanga, spearheading Deputy President William Ruto’s ambitions of becoming  the Commander in Chief come 2022. The President never minced his words while warning those he perceived to be leading what he calls early campaigns while forgetting to develop their constituencies.

In a well calculated statement the President fired salvos to team Tanga Tanga especially those ones from Central Province and many political analysts view his  statement as directly telling Deputy President to stop early campaigns and focus on delivery of services as stipulated in the Jubilee’s 2017 Manifesto.

The President spoke at a well-attended Akorino faithful meeting in Nairobi County. Sources close to statehouse who requested anonymity said that the President went to that meeting uninvited which threw the event organizers into a spin because he took them by surprise.

Many Kenyans are very skeptical of the turn of events in Jubilee Party some of whom have said that the party is good as dead. Many Parliamentarians aligned to Ruto have always called for a Party meeting to sort out issues in a Parliamentary Kamkunji or caucus but the Party’s Secretary General Raafael Tuju is yet to convene one. Some Members of Parliament from Rift Valley are accusing Tuju of colluding with some State House Operatives to curtail sanity in Jubilee Party.

In the recent months the President has become the best of friends with his arch rival in the previous general elections Rt. Honourable Raila Amollo Odinga who is now the Permanent Representative of Infrastructure in Africa. An inner core of Deputy President’s team has always accused him of scuttling efforts to unite Jubilee Party, a thing President Kenyatta shunned and accused them of being myopic in reasoning and forgetting the March 2019 Handshake fruits that are being witnessed across the Country.