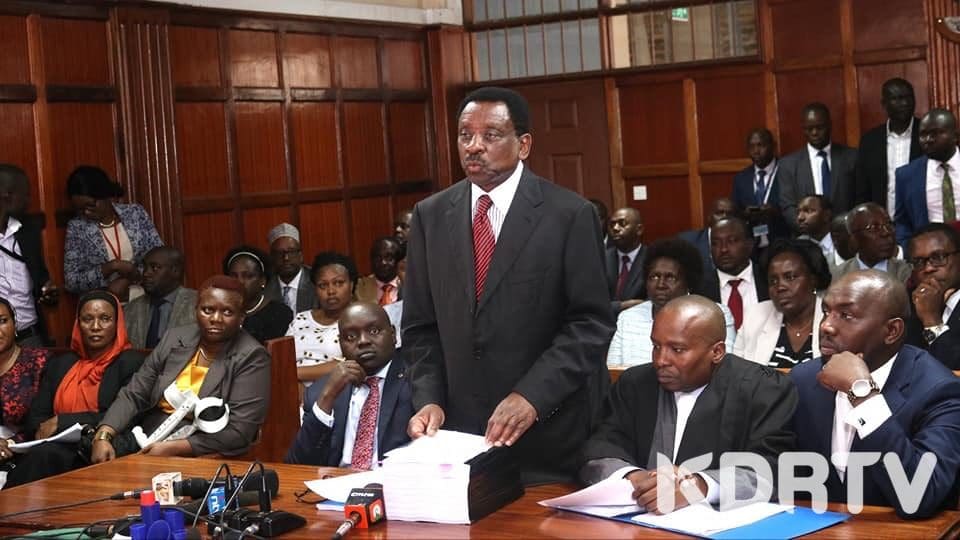 The Senate has taken its constitutional mandate of legislation of National matters to the High Court.

Led by a seasoned Senior Counsel  James Orengo, and a Battery of Lawyers they set the stage at the Constitutional and Human Rights Division of the High Court challenging laws that have been enacted by the National Assembly without the involvement of the senate. 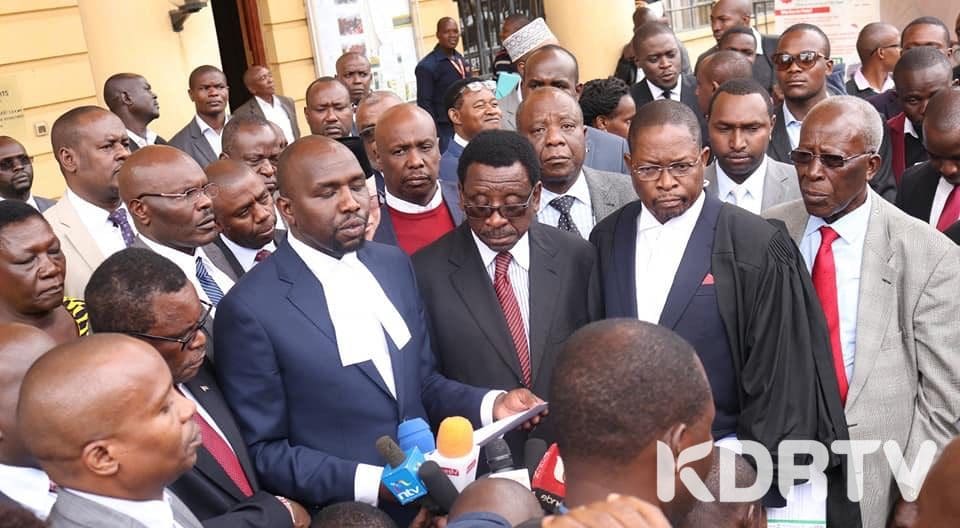 They say that legislative and budget making roles of the senate are central and integral to the governing of this Country. 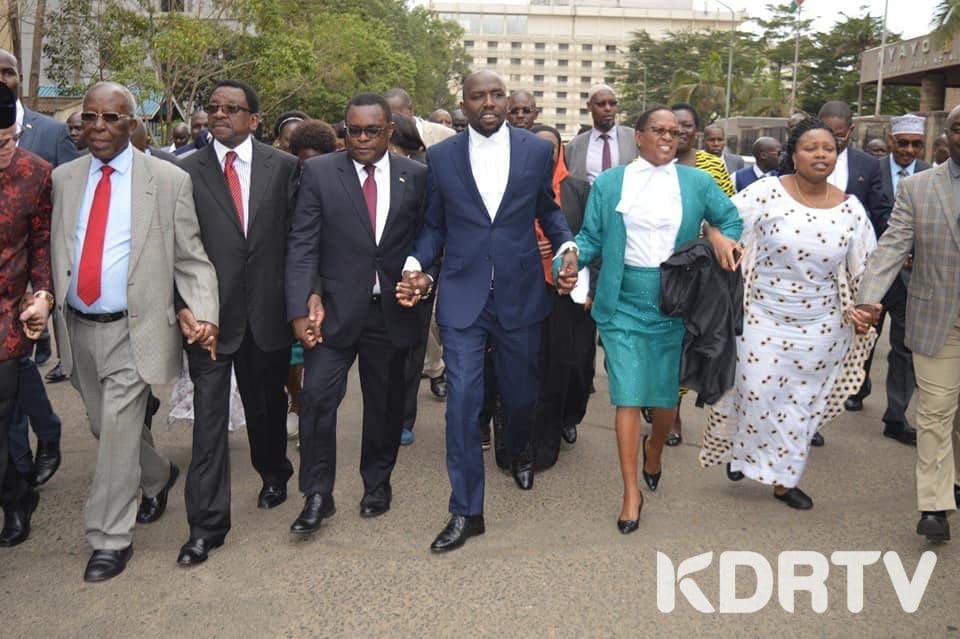 Senators march to the High Court

READ ALSO:Kenyans a Step Away from Plebiscite as Punguza Mizigo Push heads to the Counties