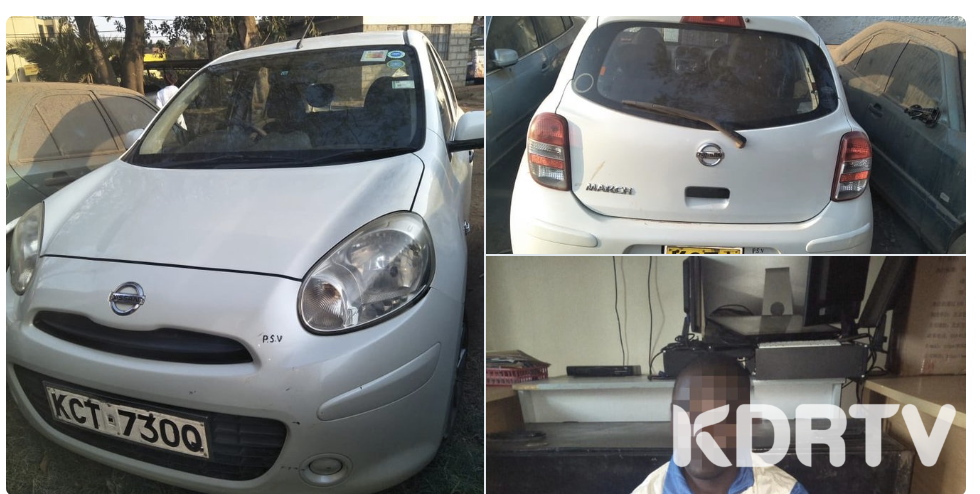 The 41-year old man, identified as David Gikambura, was arrested today after a video went viral on social media showing him wrestling a traffic police officer in his car, next to Nairobi Montessory Preparatory School.

The Directorate of Criminal Investigations has confirmed that they have arrested the suspect at Gikambura within Kikuyu. The Motor vehicle registration number KCT 730Q was also confiscated and a Mobile phone said to have been robbed from the officer recovered.

Mr Gikambura is said to be arraigned in court on Friday according to the directorate of Criminal Investigations.

In a one min video, the motorist is seen struggling with the police officer seated on the passenger seat. The driver tugging and pulling the police in a green reflector jacket attracts the attention of nearby onlookers who run to assist the police officer through opening the door to release the officer. the driver the drives of after the incident.