According to the giant Tech company, their approach was influenced by “the risk of further incitement of violence” by the President

The company said that this came after a Big Tech purge of the digital platforms used by Mr. Trump and his supporters

KDRTV understands that initially, several lawmakers and celebrities had complained about the account and had called for its suspension

Twitter then warned Mr. Trump of permanent suspension if he would breach the rules again.

After he was allowed back, Trump then made other two posts which Twitter interpreted to be encouraging violence

“The 75,000,000 great American Patriots who voted for me, AMERICA FIRST, and MAKE AMERICA GREAT AGAIN, will have a GIANT VOICE long into the future. They will not be disrespected or treated unfairly in any way, shape, or form!!!” Trump wrote in the first tweet

Twitter said that the post “is being interpreted as a further indication that President Trump does not plan to facilitate an ‘orderly transition'”.

In the next tweet Trump said, “To all of those who have asked, I will not be going to the Inauguration on January 20th.”

Twitter said this was “being received by a number of his supporters as further confirmation that the election was not legitimate”. 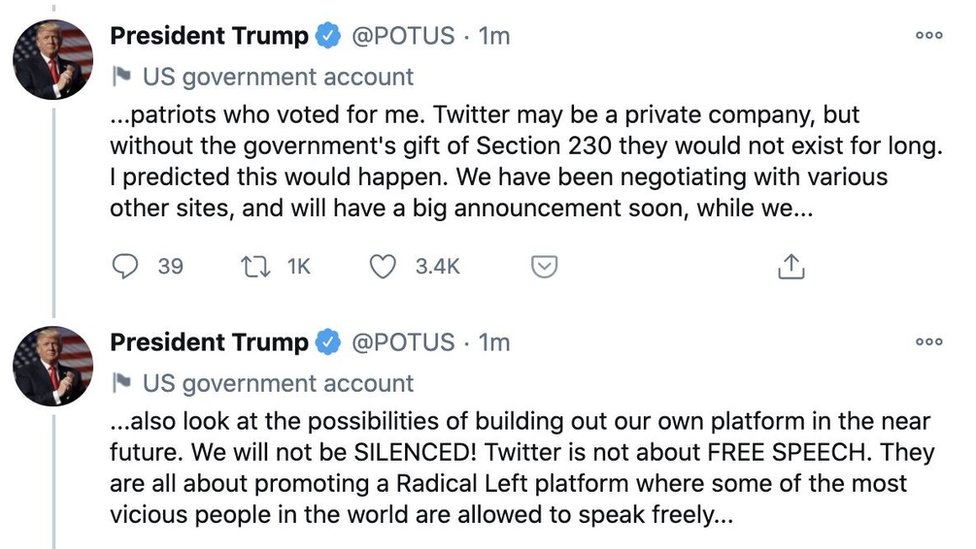