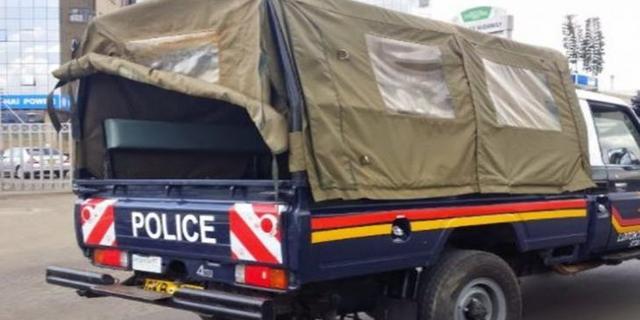 Two police officers are being held at the DCI Tharaka South having been suspected of robbery on Thursday morning. However, the two officers identified as sergeant John Lekidayo and constable Kelvin Kinyua were arrested after preliminary investigations linked them to a theft incident.

According to reports given to the Tharaka DCI, a lorry ferrying hardware goods worth Sh0.6 million from Isiolo to Tharaka Nithi was blocked at the Ura gate area by four people who introduced themselves as police officers. The two officers claimed that the lorry was ferrying counterfeit products. The two suspected officers were based at the Nkubu police station.

How the two drivers were handled

Nonetheless, the driver of the lorry identified as Morris Nyaga, and his two loaders David Kuyo and Bonface Orito were handcuffed by the officers one of whom was armed with an AK-47 rifle. The two were then bundled into the white Toyota fielder that had been used to block the lorry, leaving it in the hands of two strangers who had arrived with the two officers turned suspects.

Additionally, the vehicle then took off towards Kacibine market in Imenti central, where the three were later dumped. The two later reported the incident at the Kiagu police post where investigations began on time and established that the vehicle involved in the incident, belonged to sergeant Lekidayo.

More investigations revealed that Lekidayo was in charge of the armory on the day of the incident and had issued an AK-47 rifle to his accomplice Kinyua. Besides, the two then proceeded for unspecified duties that were not booked at the station raising more suspicion on their whereabouts, during the time when the incident is reported to have occurred.

Furthermore, the Detectives based at the forensic crime scene investigations unit and their cybercrime counterparts have since then been invited to conduct forensic analysis and net the remaining suspects. Consequently, the lorry which had ferried the goods was found abandoned while empty, indicating that the goods may have been offloaded to another vehicle.

Subscribe to watch latests videos
In this article:Kdrtv, kenya police