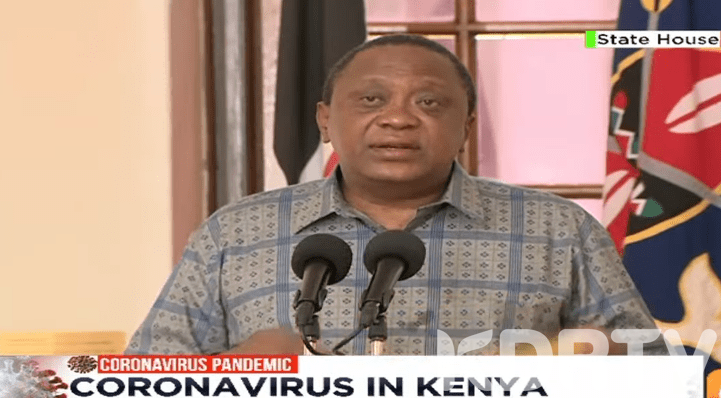 “… the team in Oxford have developed a successful prototype against another type of coronavirus; MERS, and they have also developed vaccines against malaria,” he said.

“Some people were saying in interview that there is a research going on that  will have Kenyans used as guinea pigs for a vaccine. Those claims are absolutely false,” said Kenyatta.

According to the heads of the state, the Kenya Medical Research Institute (KEMRI) and the Institute of Primate Research (IPR) are working on finding a vaccine

“Our institutions specifically like Kemri and the Institute of Primate Research (IPR) and others are inclined in the global effort to try and find a vaccine. And once we have found one and reach an area where these vaccines can be tested on humans we shall keep you informed and nothing shall be done in the dark,” said Kenyatta.

“I appeal to those passing on unverified information do not cause panic and anxiety among your fellow Kenyans.”

KDRTV recognizes that as of Saturday, April 25, the country had a total of 343 positive cases of coronavirus, 98 recoveries and 14 deaths from the COVID-19