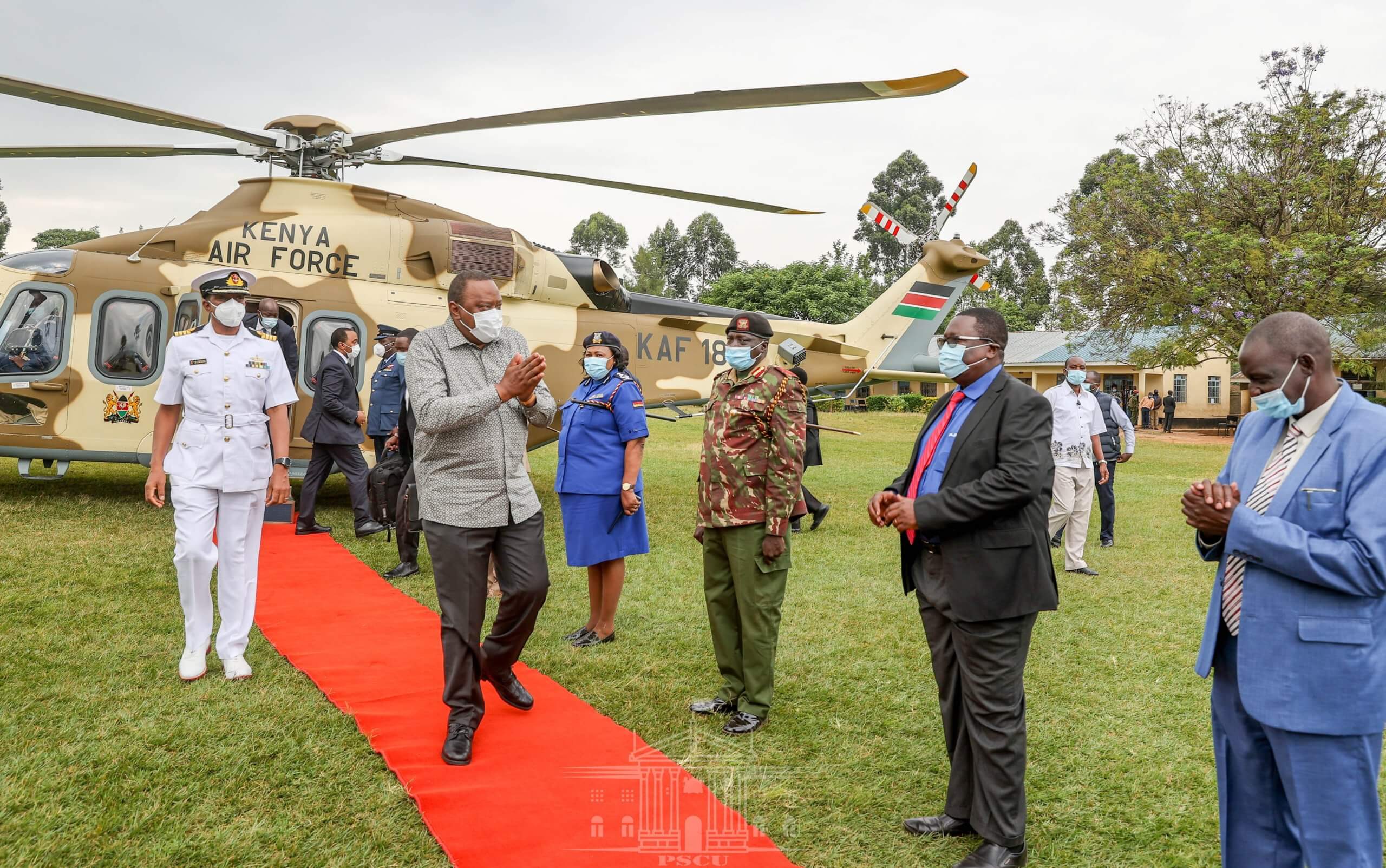 (KDRTV) – President Uhuru Kenyata has blown the 2022 election race into disarray after claiming that it is time for Kenyans to have a leader outside the Kikuyu and Kalenjin communities.

The President revisited the recent utterances in Msambweni where Tanga Tanga politicians claimed that Kenyans are tired with the Kenyatta family leadership. He said he can also claim that it is time for another community to lead Kenyans away from Kikuyu and Kalenjins.

The declaration means that the President may not endorse his deputy William Ruto, who is from the Kalenjin community. Uhuru and Ruto had a deal that they would each rule for a 10-year term.

Speaking at the funeral of Mama Hanna Mudavadi, the mother of ANC Leader Musalia Mudavadi in Vihiga, Uhuru also revisited the recent controversial letter from Murang’a Senator Irungu Kang’ata, saying that the can continue writing letters.

The President reiterated that he is in charge of the government and he knows where he wants to steer the country into.

On claims made by COTU Secretary General Francis Atwoli, the President said he will deal with dissidents at the right time.

Brother Atwoli na wewe Senator Malala, msione simba amenyeshewa mkafikiria ni paka… I’m in charge of this government and I’m in control of what we are doing…”

Subscribe to watch latests videos
In this article:Headlines,President Uhuru Kenyatta