(KDRTV)- The battled between the Democrats and the Republicans have seemingly escalated as the Speaker of the House Nancy Pelosi on Tuesday, February 4, night tore President Donald Trump`s speech into pieces 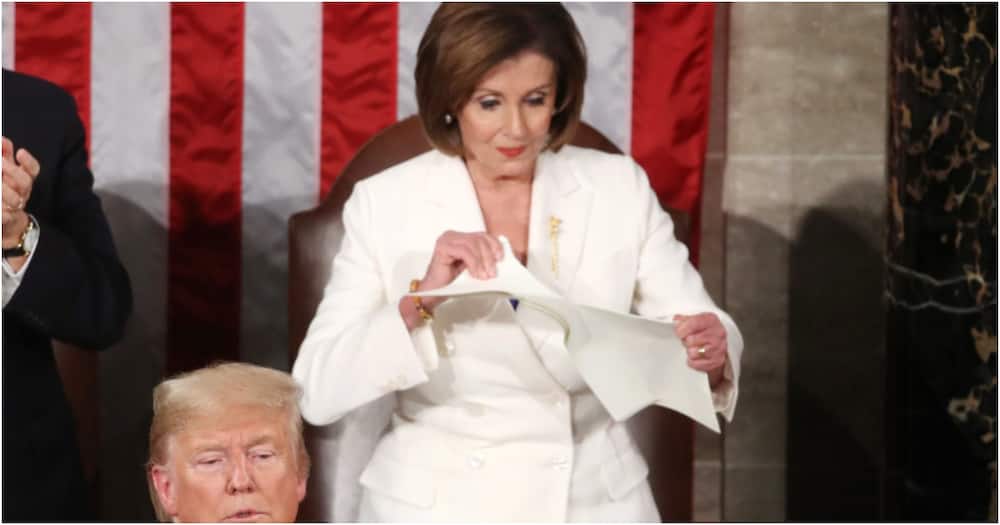 Pelosi who seated behind the president in the Speakers chambers could be seen frowning, smiling and in some scenarios shaking her head to differ with Trump`s speech.

Despite the strange gesture, the speaker remained quite until president Trump finished speaking and then tore the speech

However, Pelosi was unapologetic and told the press that that was the right thing to do

“It was the courteous thing to do considering other alternatives,” she said in a brief response to the journalist’s query.

In a tweet she later posted, Pelosi said that she would not allow lies to be told in the floor since she believed the President was lying about his achievements

“The manifesto of mistruths presented in page after page of the address tonight should be a call to action for everyone who expects truth from the President and policies worthy of his office and the American people,” she tweeted. 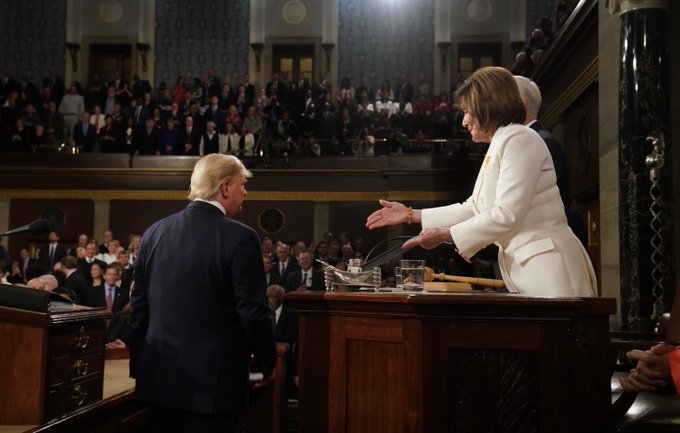 The President and the speaker have locked horns for a longer time which everyone accusing each other.

The US house is being dominated by the Democrats.

Sonko Back In Court, Demanding Passport To Travel To UAE

Ex-President Moi To be Buried On Wednesday, Febraury 12