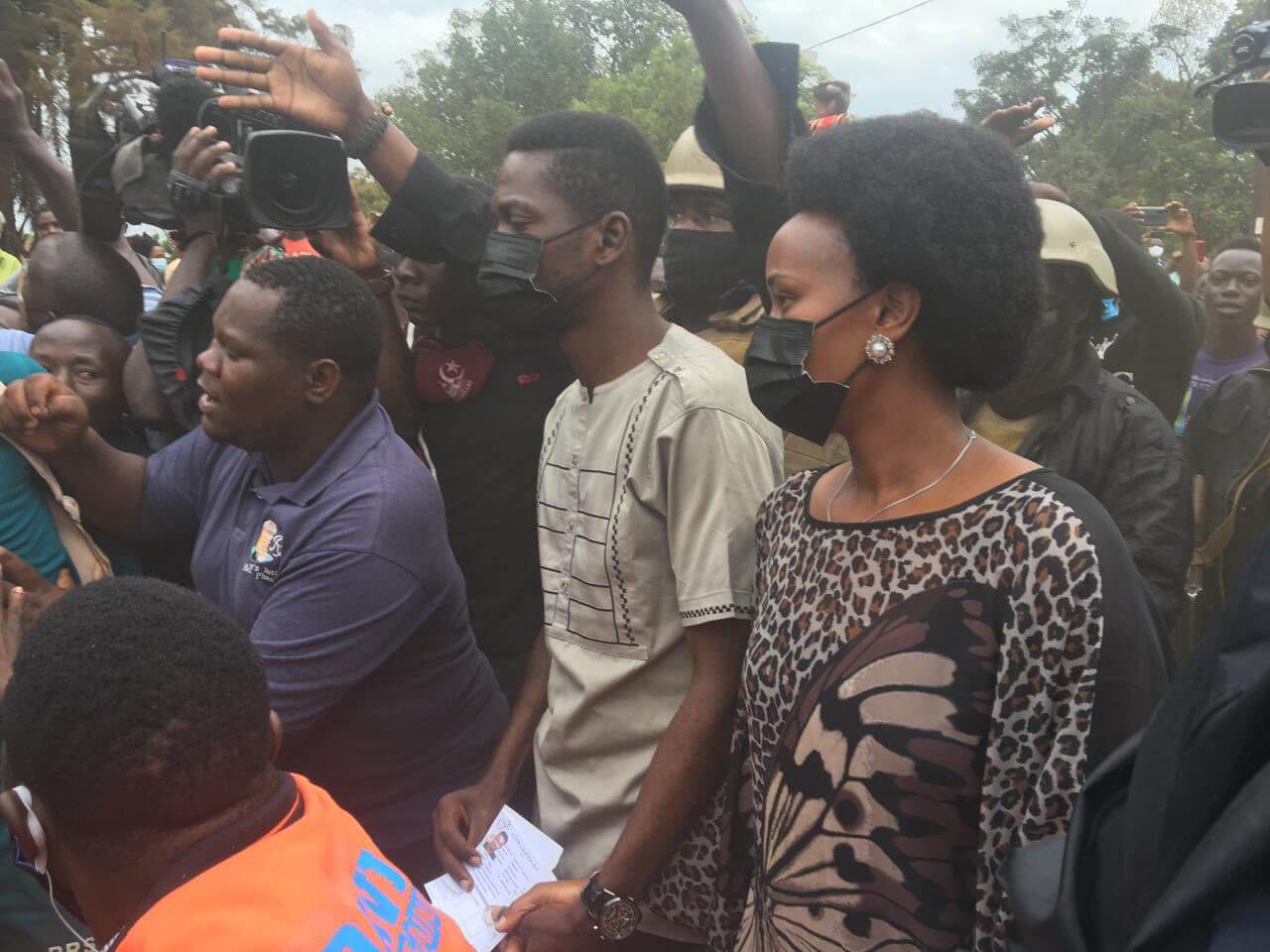 Wine, whose real name is Robert Kyagulanyi, arrived at the polling centre located a few kilometres away from his home, accompanied by his wife Barbie.

Hundreds of his supporters welcomed him to the polling station to cast his vote in the presidential and parliamentary elections.

Despite being located in Kampala, voting at Magere started almost 2 hours late. The electoral commission did not give reason for the delay and did not state whether there will be an extension of time.

The delays were also reported in other opposition strongholds.

Long queues have been reported at polling centres, with reports from the country attributing this to the government’s decision to shutdown the internet.

Majority of reports of failing BVV (Biometric Voter Verification) kits that are used to identify voters. The machines rely on internet that is now blocked. Lines are growing longer at polling stations #UgandaDecides2021

The Biometric Voter Verification (BVV) kits depend on the internet.

Voting in some polling stations was suspended for hours over heavy rains.

There has been no unusual incident in the polls in which Bobi Wine, running on a National Unity Platform (NUP), hopes to unseat President Yoweri Museveni, who has been in power since 1986.

Bobi Wine knows that his quest will not be easy as Uganda has never had a peaceful transfer of power since independence.

Museveni has launched a crackdown on the opposition, using a COVID-19 as a tool of repression, to block the opposition from campaigning.

Hundreds of Wine’s supporters are in police custody while at least 92 of his poll agents were arrested last week.

The government has also blocked international observers from the elections.

Subscribe to watch latests videos
In this article:#UgandaDecides,Bobi Wine