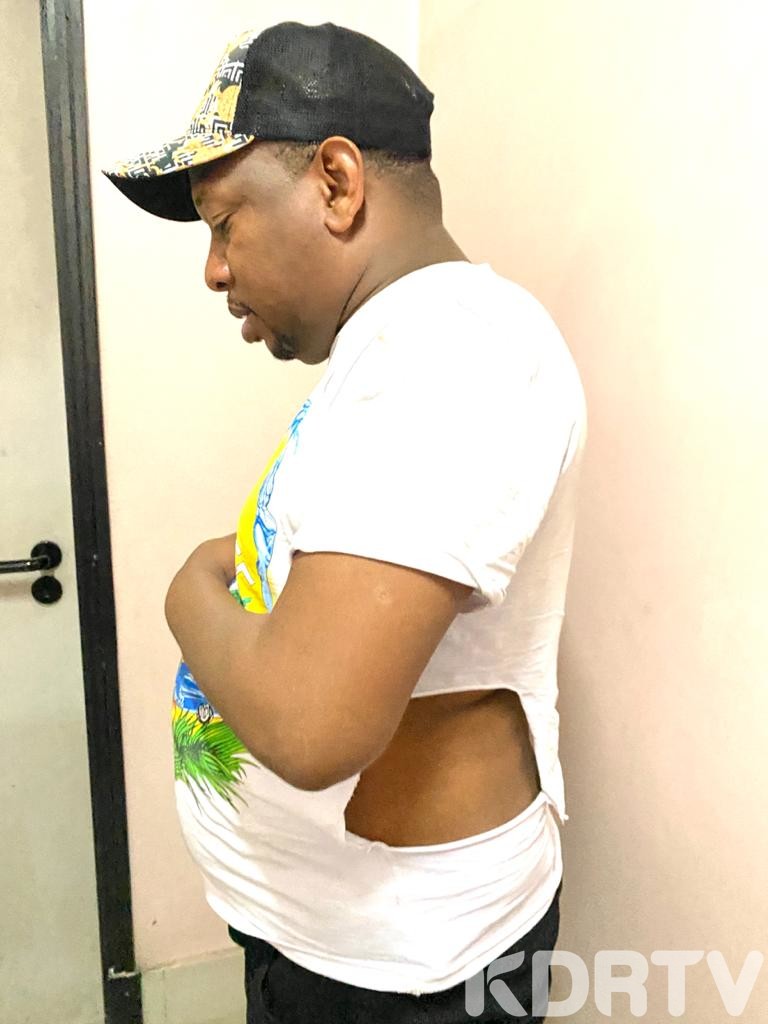 There was drama in Voi Town as detectives tried to arrest Nairobi Governor Mike Sonko on Friday.

Sonko tried to resist arrest  forcing the police to forcibly handcuff him.  In a video that has since gone viral on Twitter,  the governor is heard squealing and hurling insults at one of the police officers.

The insults did not go down well with the senior officer (judging from his blue uniforms)  who wanted to beat Sonko.

His colleagues head to restrain him from dealing with the embattled governor.

Sonko screaming 😂😂😂🤦🏾‍♂️ One of those top cops got so mad he wanted to kick Sonko’s ass but his colleagues stopped him 😂😂😂 pic.twitter.com/YuXftdke9z

According to the Ethics and Anti-Corruption Commission (EACC),  Sonko was arrested as he tried to evade a police roadblock.

@EACCKenya confirms that Nairobi City County Governor Mike Sonko Mbuvi has been arrested while escaping arrest at a road block in Voi and is being transferred to Nairobi to face charges of corruption and economic crime.

But Sonko has refuted claims he was trying to escape,  saying the EACC is just playing politics. The governor says that he was on his way to Mombasa to attend a conference.

“Reports from EACC that l was arrested while trying to run away are another proof that the body is so much interested in playing politics.

Why would l run away? To where and to do what? I am a Kenyan who is always on the move doing what’s good for the people,” reads part of a statement from City Hall.

Another angle of the dramatic arrest of Nairobi Governor Mike Sonko at Ikanga Airstrip in Voi. He had refused to board the police chopper. pic.twitter.com/1fNoclYbhz

Sonko is wanted in court to answer to charges of corruption,  abuse of office and money laundering. The EACC says the crimes date back to as early as July 2017, before he was even elected governor.

But the flamboyant governor has warned EACC that he has a damning dossier against it.  He also said he is ready to fight in court.