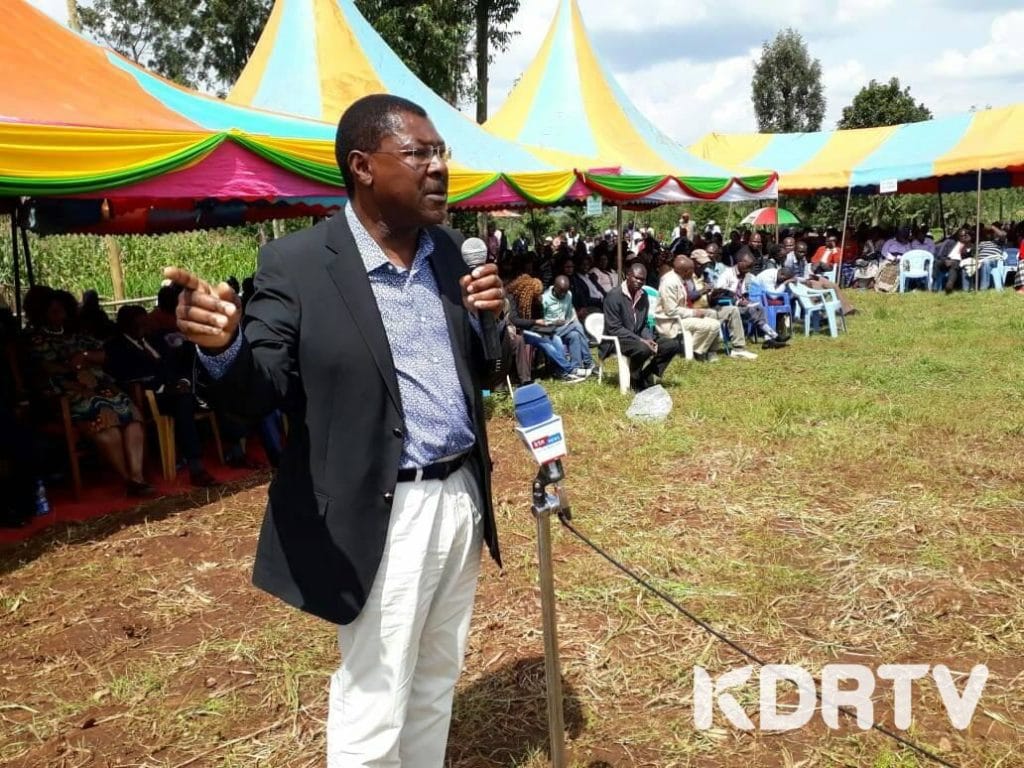 (KDRTV)- Bungoma Senator Moses Wentangula has issued an instruction to the administration of President Uhuru Kenyatta concerning the progress of the Building Bridges Initiative (BBI) report.

The Kakamega lawmaker has asked the government to print hards copies of the BBI report and issue each and every Kenyan with a copy.

According to the vocal senator, this would afford Kenyans fair opportunity to understand the implications of the report

According to the Ford Kenya Party leader`s argument, most Kenyans in the rural areas d not have the understanding of the contents in the BBI report and that they don’t have the knowledge to download them online

Wetangula was speaking in Kakamega county on Saturday, January 11, at the BBI western forum where he asked the government to escalate its expenditure and produce hard copies of the report to all Kenyan in the grassroots.

“Spend that money to print hard copies of the BBI report and circulate to Kenyans to read, understand and appreciate. We have been calling for printing of the document but the government has been asking people to download it online. How will mama mboga at Mbale market who lacks technical know-how download it? He wondered.

According to Wetagula, the hard copies should be availed at public gatherings such as churches, markets and other places with social gatherings.

“There are people who think the BBI report is now their new road to Damascus. That it is is going to turn them from Saul to Paul. It will not work. The BBI had nine questions touching on every aspect of our lives but we are now seeing a isolation of one single selfish issue on sharing of power,” he added.

Read also: Moses Wetangula has faulted the government for issuing contradictory statements on the need to import maize.

This apraoch be Wetangula has come barly a day after Deputy President William Ruto bashed Raila Odinga campaign as a waste of time.

Hower the DP also suggested that more copies should be availed to Kenyans.

The question is not who supports the BBI report. All leaders support. Let Kenyans read, and decide for themselves if the report is good for Kenya. pic.twitter.com/CiFLpM4Va4