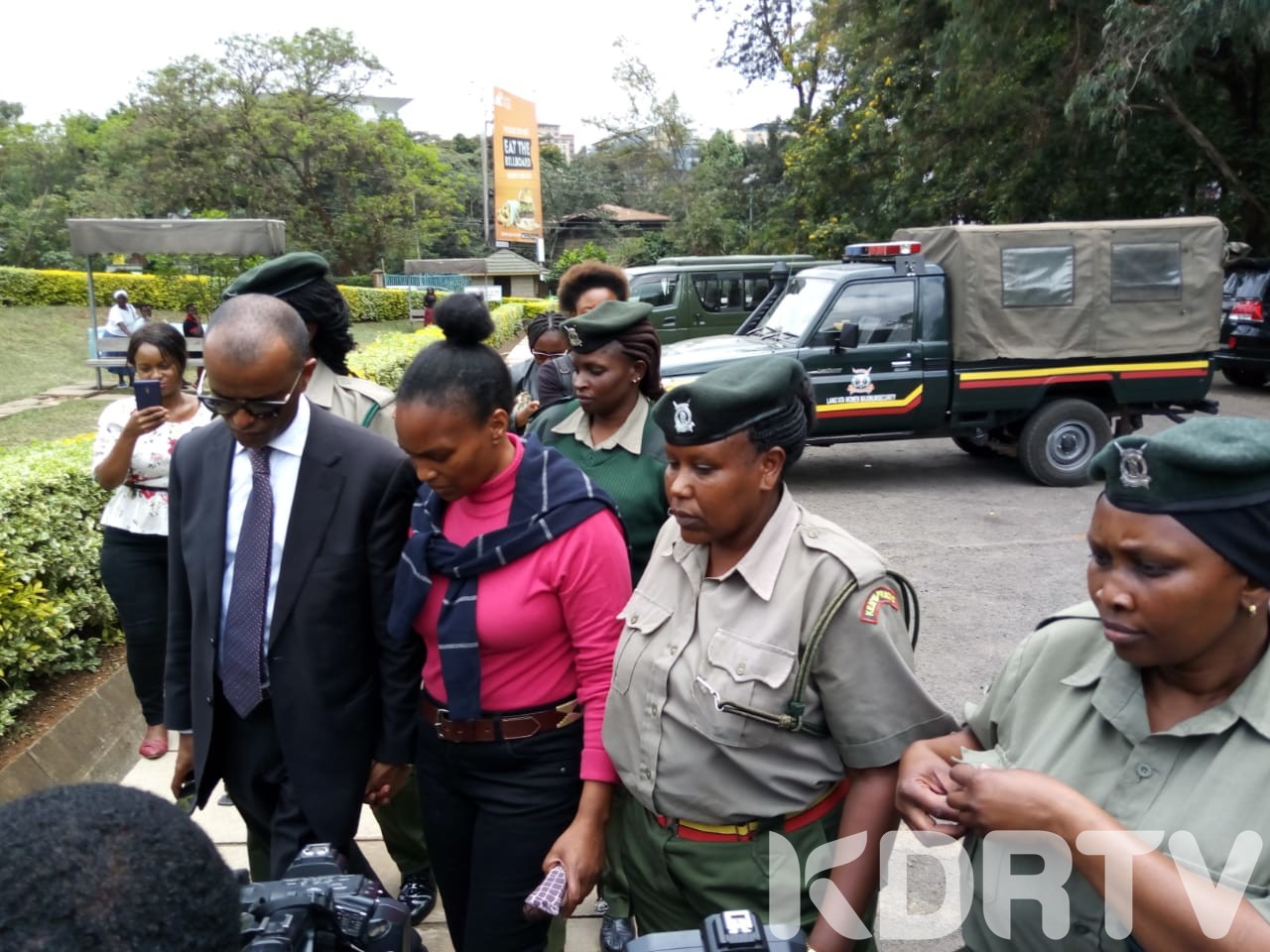 Late Tob Cohen’s wife Sarah Wairimu might miss out on inheritance of wealth and property if found guilty of committing the grievous murder of her husband.

According to a series of tweets by the Director of Criminal Investigation (DCI), it is in the Kenyan law that if a person is guilty of committing the offences of murder, then they cannot legally inherit or claim access to the property left behind.

For instance, the section 96(1) of the Law of Succession affirms the DCI’s statements as it reads;

For every act of commission or omission in any crime the perpetrators singularly or jointly are accountable to the Law. Therefore, in the spirit of PROMOTING the same wish to inform & sensitize the public that: Section 96(1)of the Law of Succession Act, CAP 160, Laws of Kenya…

For every act of commission or omission in any crime the perpetrators singularly or jointly are accountable to the Law. Therefore, in the spirit of PROMOTING the same wish to inform & sensitize the public that: Section 96(1)of the Law of Succession Act, CAP 160, Laws of Kenya…

Tob Cohen a Dutch tycoon had gone missing two months ago, with the wife alleging that he had taken a time out and decided to seek medical attention abroad.

However, his body was found last week in an underground tank in his own compound, where he had been dumped after gruesomely murdered.

It was ascertained that the two; Cohen and the Wife were experiencing marital problems and going through a face of a messy divorce.

The wife who is currently the main suspect in the murder case and in custody has however refuted claims of having a hand in plotting the murder, although all evidences link her to it.

A shocking revelation in court on Monday indicated that Sarah through her lawyer Philip Murgor wanted to be released on bail to fight for her properties which she allegedly co-owned with the husband.

One of the leading daily newspapers carried the headline, something that shocked majority of Kenyans since it was against the human conscience, where she was to ask for time to mourn and burry her husband.

“Free me to fight for my properties,” read the headline of the Newspaper.

The late Tob Cohen's widow, Sarah Wairimu, on Monday, September 16, requested the court to release her on bail so that she could embark on fighting for her property.https://t.co/RKitSBu1Wv

The case before the DCI is a tough one although Kinoti has pledged to get into the bottom of it and fight the perpetrators by bringing them to justice.

Going by the recent tweets from the DCI, it is obvious that the case has taken a new angle which might cost her all the wealth that the late husband left behind as well as year behind bars.