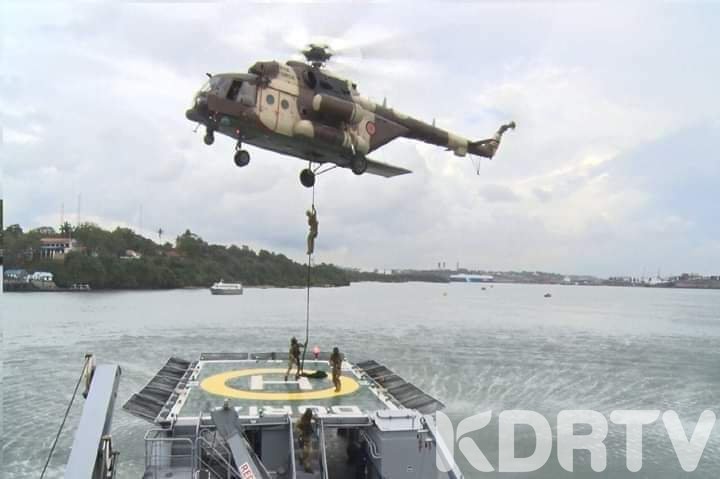 Kenya’s historic and most celebrated holiday Mashujaa day is most likely to be boycotted after a section of angry Twitter users initiated a campaign to sabotage its success.

The holiday, which is celebrated in commemoration of the Freedom fighters who independently defended our motherland by putting their lives in danger takes place on 20th of every October.

This year, the celebrations are to take place at Mama Ngina Waterfront Park in Mombasa, with preparations underway.

In the next three weeks , we will celebrate Mashujaa day in Mombasa County , with red carpet , pomp, style,military show biz and show stopper parades . Several hours later no word on this family . Myonge Hana Haki! pic.twitter.com/vDZNJpyhC4

The campaign which started on Twitter represented the netizens’ dissatisfaction in the rescue operations by the  Kenya Navy in attempts recover the bodies of two victims who plunged in the ocean in Likoni.

On Sunday beginning of this week, a 35 year old woman and her daughter aged 4 plunged into the Indian Ocean while boarding a ferry, with no site of their bodies nor the vehicle they were in.

The Kenya Ferry authorities have been blamed for negligence in that safety measures were not observed as well as slow pace in recovering the body of the victims.

It is now four days since the tragedy took place, the bodies are yet to be discovered with intervention of Kenya Navy failing to complete the operation.

According to the Navy, there were no enough equipment to orchestrate the rescue mission as the bodies were suspected to have disappeared up to 90 meters deep in the ocean.

“We have no enough oxygen to sustain the operation, however, we are looking at other alternatives,” read the statement.

READ ALSO:Saloon Car Plunges Into Indian Ocean, Child Among Occupants On Board.

Following the postponement of the operation Kenyans were angered since billions are injected every year in the Navy to sustain rescue operations. Ideally, every Mashujaa day celebrations, the Navy displays series of tactics and stunts as proof that they were well trained and equipped to handle any challenges from the sea and water bodies.

One Kenyan narrated that all the money being taxed in regards to the same was a total waste, as there is nothing that the Navy was good at doing.

Boycotting Mashujaa day should be a start of a Revolution to bring sanity in our country….
Let the Leaders just remain silent, but soon or later we shall be going for what they have stolen…#BoycottMashujaaDay

Boycotting Mashujaa day should be a start of a Revolution to bring sanity in our country….
Let the Leaders just remain silent, but soon or later we shall be going for what they have stolen…#BoycottMashujaaDay

The operation entering its fourth day with the husband and loved ones distressed and haunted, the Kenya Navy is yet to start the operation to recover the bodies, with all hope lost while Government continues running its activities like nothing is wrong.