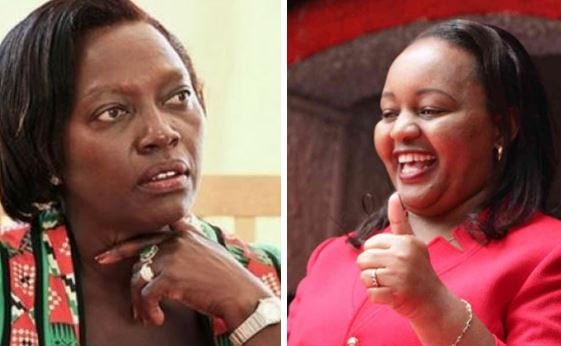 It is a relief for Kirinyaga County Governor Anne Waiguru after the Supreme Court upheld her win, dismissing Karua’s petition.

Martha Karua was among the contestants for the Kirinyaga County Gubernatorial seat, who had appealed challenging Governor Waiguru’s win.

The case had initially been forwarded to the High Court which upheld the election win forcing the petitioner to go to the Supreme Court.

In January, Karua moved to the Supreme Court to appeal the High Court decision on the grounds that election injustices were practiced.

The Supreme Court upheld Waiguru’s election by citing lack of enough evidence to allow for nullification.

The bench stated that they were less convinced that the petitioner suffered prejudice under the Independent Elections and Boundaries Commission (IEBC) when they failed to produce the KIEMS kits.

Martha Karua was however dissatisfied with the ruling and made allegations that the Governor was aware of the ruling prior to the judgment.

While addressing the press she said,

“For a respondent who has never been to any hearing only to show up on the final day of judgment with complete celebratory parties is an indication that they were aware of the final outcome.”

The initial dismissal of the petition at the high court faulted Karua for having failed to comply with the required election petition rules.

Therefore, the case was dismissed. This is a great win for Governor Waiguru as she can continue to create developments and run the course that her people chose her for.