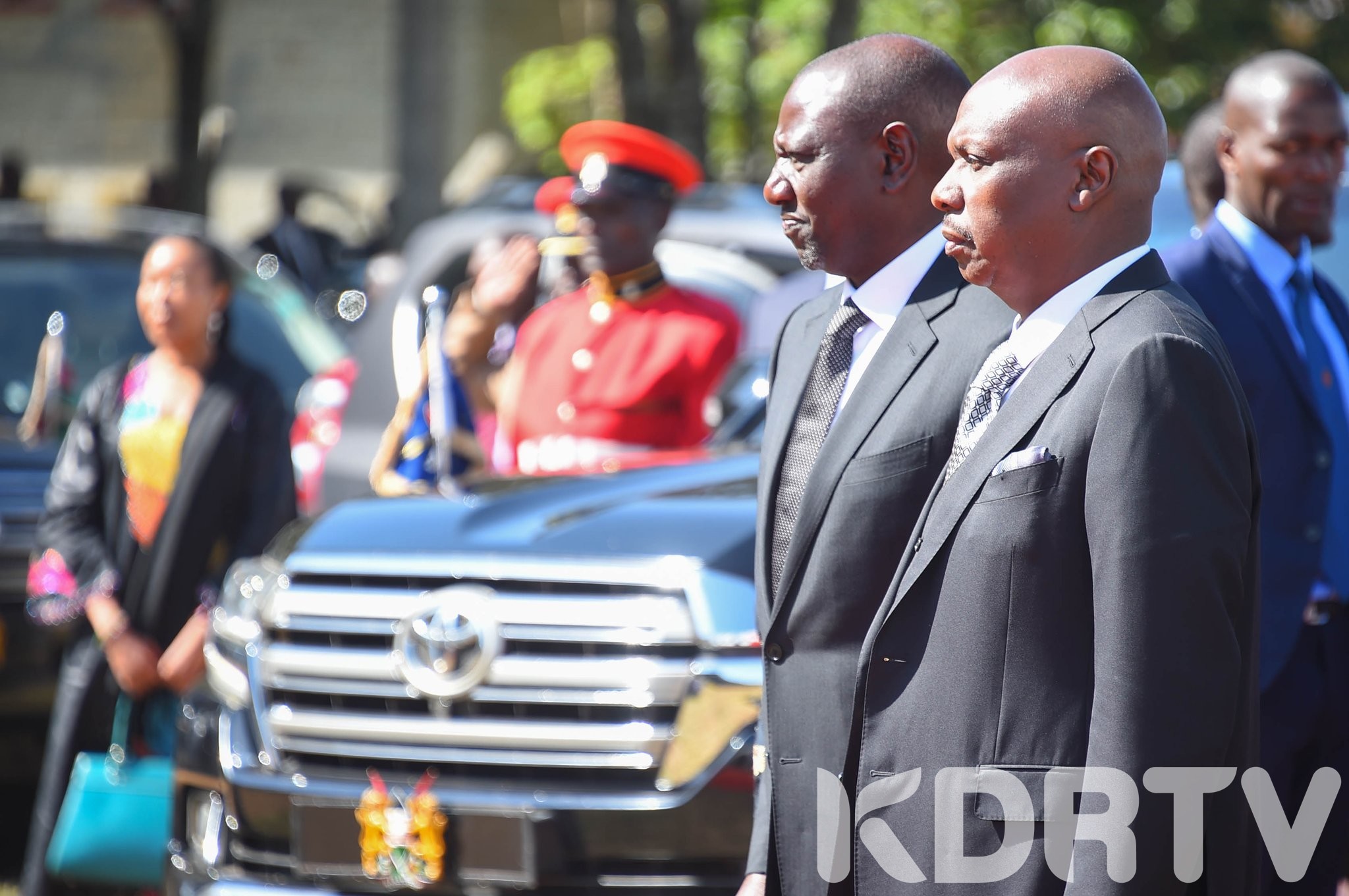 Gideon was handed the symbolic ‘Rungu ya Nyayo’ during the funeral of his father at Kabarak on Wednesday.

But Deputy President William Ruto’s allies have claimed that Gideon was just installed as the Moi family spokesperson which is inconsequential in Rift Valley politics.

Soy MP Caleb Kositany, a key Ruto ally, said that Kenyans should not read a lot from the event because it does not bear in political significance.

“What happened was an internal family affair. As far as I am concerned, it was not a political coronation and therefore bears no political consequences,” Kositany said.

A section of Kalenjin elders has also questioned the motive behind handing over the Rungu in a funeral, instead of doing it after Mzee was laid to rest as tradition demands.

“The ceremony could have been done after the burial according to the Kalenjin traditions and not during the day of the burial,”  an elder said.

Despite the noise from Tanga Tanga, Tiaty MP and KANU stalwart William Kamket says that Gideon is now ready to lead the Rift Valley to the promised land.

“The handover of the rungu was in order to let nobody try to play politics with that solemn ceremony. The senator is ready to take over the reins of power in this country,” he said.

Political analysts have predicted a fierce supremacy battle between Gideon and Ruto as the 2022 race hots up.