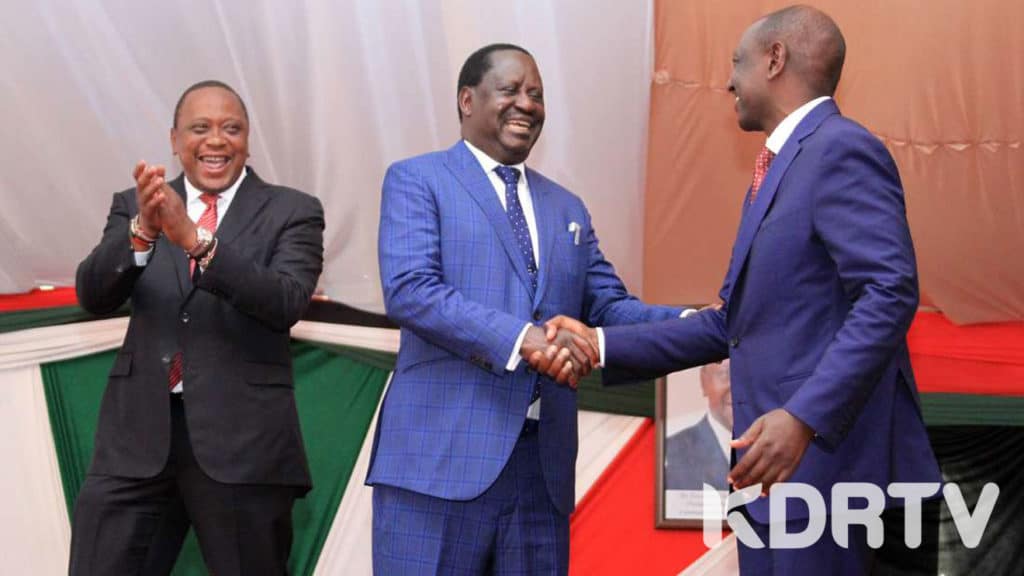 KDRTV-Deputy President William Ruto has hit out at Orange Democratic Movement (ODM) party leader Raila Odinga over his remarks on the ‘hustler’ tag  which Ruto has been using to identify himself as one of common citizens.

Raila on Thursday took to Twitter after attending a Building Bridges Initiative forum in Meru County and harshly criticized the high level of corruption which has continued to be witnessed in the country. In his tweet, the former Prime Minister claimed that some people have been stealing public resources in the name of hustling and have also been defending those implicated in corruption scandals simply because they are their fellow tribesmen.

“The theft of public resources is now called hustling. The sacking of corrupt and incompetent individuals is now called targeting our people. Changing this pattern of events is not going to be easy. But it must and has to be done or we will have no nation to save,” Raila tweeted .

However,Ruto did not take Raila’s sentiments lightly as they seem to be directed to him and has since come out guns blazing to dismiss Raila’s opinion.

According to Ruto, Raila is a son a former Vice president and he therefore does not understand the challenges being faced by those born in common families and hence he should respect everyone.

The bad blood between Mr Odinga and the self proclaimed hustler has continued to play in public for a very long time and has now been intensified by the ongoing BBI politics where the two seem to be reading from different scripts.

Raila has on many occasions questioned the source of Ruto’s massive wealth and has been strongly criticizing the huge donations the Sugoi man has been making during his several trips to different parts of the country. On his part, Ruto has maintained that he can account for each penny under his ownership and claims that Raila and his other critics just want to taint his public reputation.