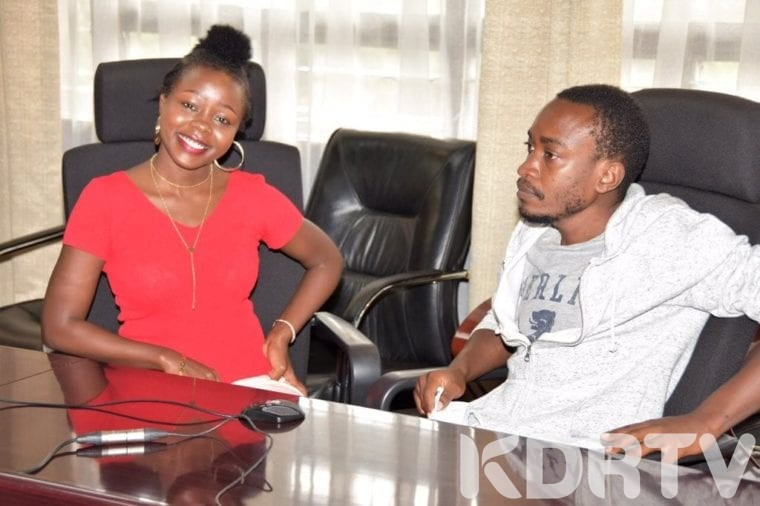 The two came into the limelight on Wednesday after being revealed as the first and third COVID-19 patients in Kenya. They had fully recovered from the dreaded Coronavirus.

They had the privilege of speaking with President Uhuru Kenyatta through a video call which was broadcast on all the major media houses in Kenya.

Brenda, who has been revealed as Kenya’s patient zero was also interviewed on Citizen TV and NTV.

However, instead of Kenyans praising her for the recovery, they started poking holes into her story.

Among the issues that have raised a storm on social media are her real age and the number of days she spent in isolation. On March 13, the government announced that Kenya’s first patient who had travelled from the US through London was 27 years. However, Brenda claims she is 26 years.

She also claims to have been in isolation for 23 days but the days don’t add up. The first case was announced on March 13, while she came into the limelight on April 1.

Kenyans among them political leaders have claimed that this was a poorly done Public Relations stunt. Gatundu South MP Moses Kuria even compared the case to one of Prophet Owuor’s miracles.

However, CS Kagwe has refuted these claims, saying that there is no reason for the government to pull a PR stunt.

“Really? A PR exercise? Why would a government in collaboration with the World Health Organization and other inter-governmental organizations decide to make a PR exercise with two innocent Kenyans?” he posed.

The CS described those bullying the two youth as ‘archaic and retrogressive.’ He warned that they would face the full force of the law.

Subscribe to watch latests videos
In this article:Brian and Brenda, COVID-19 in Kenya, Headlines