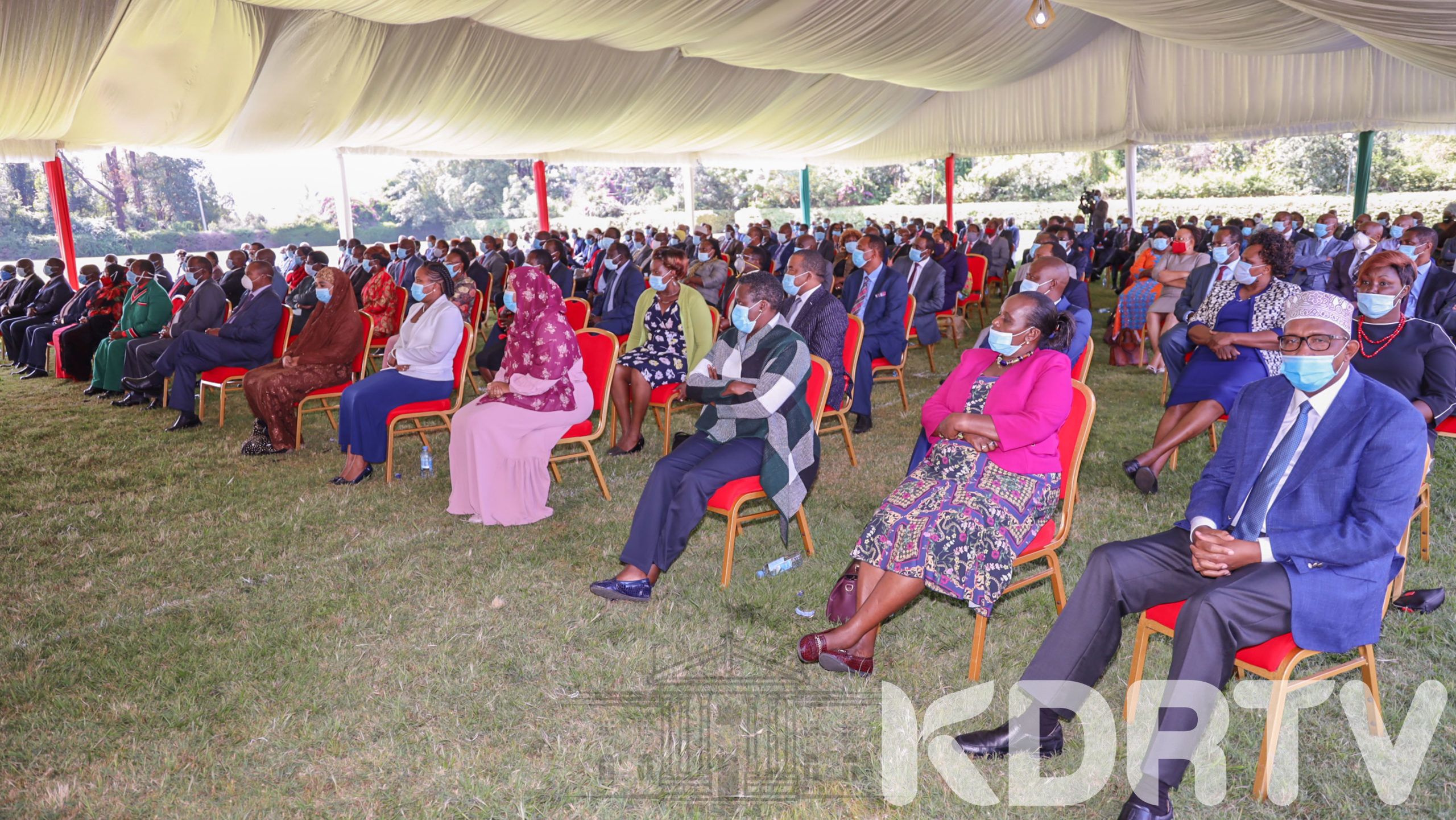 (KDRTV) – President Uhuru Kenyatta warned Jubilee MPs that he will not allow them to insult him like they have been doing.

In a tense Parliamentary Group Meeting which lasted less than an hour, the President said that he knew all the names that they had branded him but he is going to be hard on them in the coming days.

“You will know me. I will be so hard on you. I know what you have been doing and how you have been referring to me. Those names that you have been calling me, I know them. I am always given intelligence on each one of you when you are asleep,” Uhuru said as quoted by People Daily.

Read Also: Mutahi Ngunyi to Murkomen: You Used Bible to Cover Your Wickedness

The lawmakers who attended the meeting wanted some time to deliberate on the issues affecting the party but they were not given a chance to speak.

Uhuru was infuriated with the fact that some of the members had been calling him names like Mlevi et cetera.

There is no doubt that Jubilee is tattered with the emergence of two factions; Tanga Tanga, allied to Ruto and Kieleweke, allied to the President.

Tuesday’s PG meeting, the first since the 2017 elections, was meant to unite the warring factions. MPs thought the meeting was to last for at least a few hours.

However, the left more dejected as the President announced changes in the parliamentary leadership, choosing to axe Majority Whip Ben Washiali and his Assistant Cecily Mbarire.