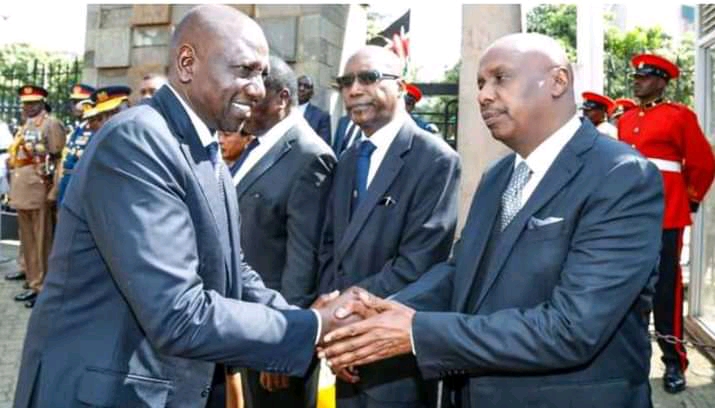 KDRTV News-It is only eight months away, or perhaps we should put it in days to seem closer. It is only 262 days to the long-awaited day, by every Kenyan citizen aged 18 years, registered as a voter, and verified by the Independent Electoral and Boundaries Commission (IEBC). However, this is not enough justification for politicians to transverse the country selling their agenda to struggling citizens.

It is about the 2022 General Elections, and it is disappointing to see various politicians kick-starting campaigns at a time that the nation is struggling to raise its economy and perhaps improve on the Gross Domestic Product (GDP) to see positive economic growth.

We are hardly a month since the Government lifted the curfew and this speculated that the country was now a 24-hour economy, a contradiction of what we are experiencing, 24-hour premature campaign period? It is what it is.

The Government should restore sanity in the political arena. The likes of Deputy President William Ruto and former premier Raila Odinga should be put under control by reinstating rules that will remind them of their duties.

DP Ruto should be somewhere initiating some economic projects that will see the success of the big four agenda. He is the principal assistant of the president and the fact that they are not on good terms should not affect his duties that are stipulated in the Constitution.

On the other hand, Raila should come out and declare his stand in the Government. Is he still an opposition leader? Did the handshake throw him out of his duties as entailed in the Constitution? The answer to the latter is definitely a no since he emerged runners-up in the 2017 General Elections, making him an opposition leader. He should not forget that he needs to check on the excesses of the Government.

He should be the one discouraging the premature campaigns, what a paradox!

Dear citizens let us stand up against this trend. The politicians are depicting their greed for power too early, creating useless political divisions at a time that we should work together to aid the economy which was squandered by the outbreak of Covid-19.

This will be fair treatment to all of us. After all, the constitution has provided for an adequate campaign period after the IEBC has gazetted the names of certified voters on May 2, 2022.