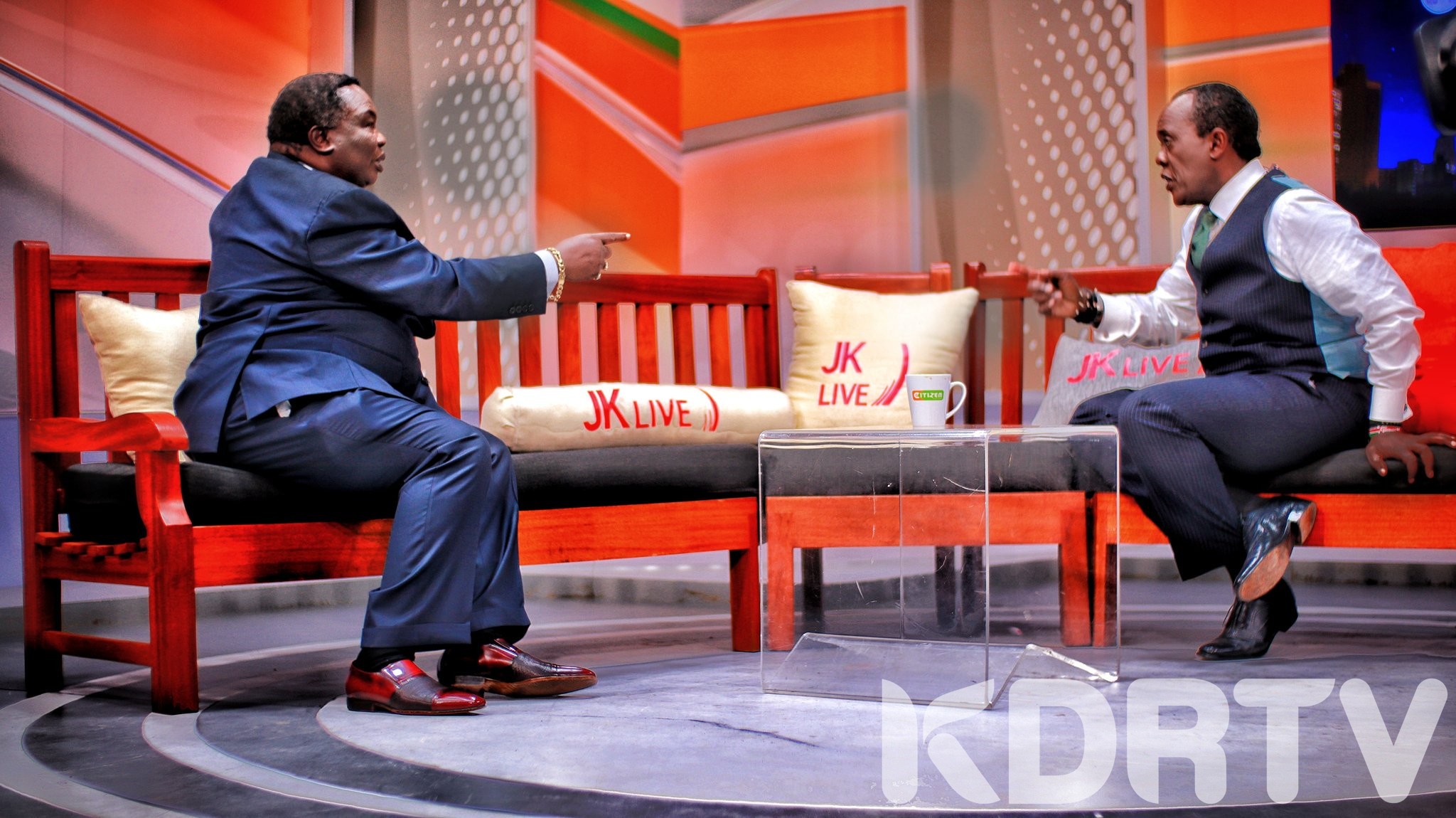 Atwoli surprised Jeff Koinange when he removed the expensive iPhone from his pockets and threw it across the room mid-interview. He said it was because someone was calling him during the interview.

Instead of throwing an expensive phone like that (I believe it's an iPhone X max 170K), he could have used the money to award a High-school/college/universe student/s as Bursary and change their lives forever.
This display of ignorance publicly is sickening to the gut#JKLIVE pic.twitter.com/jOZVIxCho9

The phone has been identified as an iPhone 11 pro max which was released by Apple in September this year and currently retails at Ksh170,000.

Though it has not been confirmed if the phone was damaged after the throw, Murkomen has claimed that Atwoli has the luxury of playing with expensive toys because he has access to workers’ coffers.

‘Workers will pay!’ Murkomen captioned a video of Atwoli throwing the phone.

What are you complaining about ? Workers will pay. pic.twitter.com/6rMetfdRXk

During the interview, the veteran trade unionist maintained that Deputy President William Ruto will not be the next president of Kenya and he shouldn’t even spend his money on campaigns.

When asked to predict the outcome of the Kibra by-elections, Atwoli said that ODM candidate Imran Okoth will win the race before 10 AM. Jubilee has fielded former Harambee Stars midfielder MacDonald Mariga in the race, Mariga has been branded as a Ruto candidate.

Atwoli also sensationally claimed that President Uhuru Kenyatta can vie for presidency in 2022 if the BBI report is implemented.

“President Uhuru Kenyatta is too young to retire…I think the DP has bad advisers… A president is a president-he might be weak but he understands all that goes on in gov’t…If the president mentions your name, stand up” ~Francis Atwoli#JKLive@KoinangeJeff pic.twitter.com/itQH48EXoA

“In 1992, after we changed the constitution, Moi ruled for 10 more years. After the BBI, Kenyatta can say that he wants to be president as it will be a new outfit and new constitutional terms,” he said.