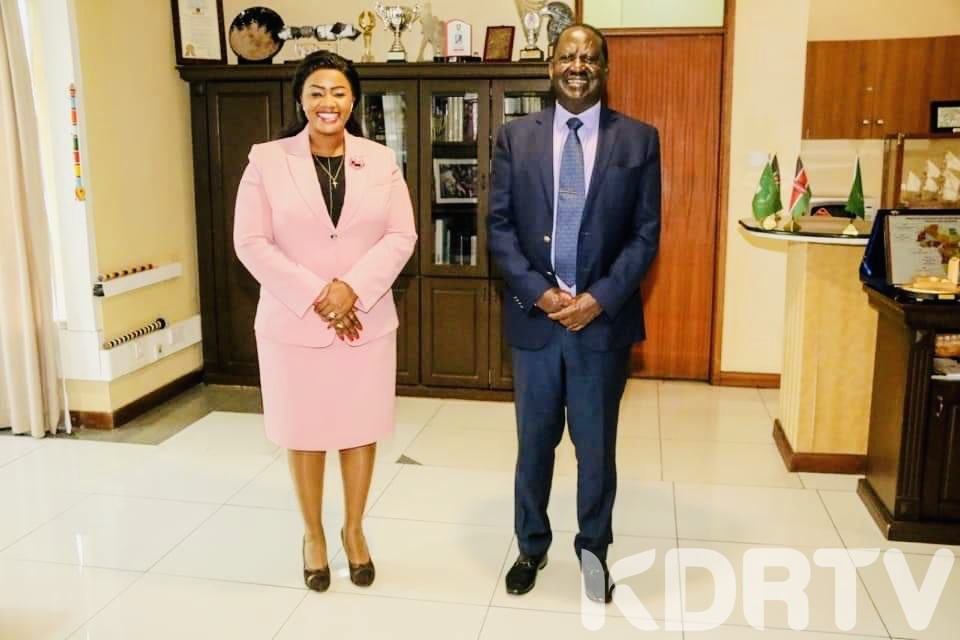 Raila said that he had discussed critical national issues including constitutional reforms and national unity with Waruguru.

“The President needs support and the country requires unity,” Raila said and commended the MP for being “courageous and strong.”

Waruguru has been one of the biggest critics of the BBI report. In November last year, she insulted Governor Anne Waiguru for leading the BBI crusade during the Kibra by-elections. She advised the governor to concentrate on her marriage.

Embakasi East MP Babu Owino, who is one of Baba’s biggest supporters, welcomed Waiguru to team Raila. He said the MP had been stolen by the devil but has now seen the light.

Welcome home Hon.Cate https://t.co/6Ayaiftcdk were stolen by the devil 👿 but you have seen light.Disloyalty to Baba is loyalty to satan. pic.twitter.com/QCSf5oIgrq