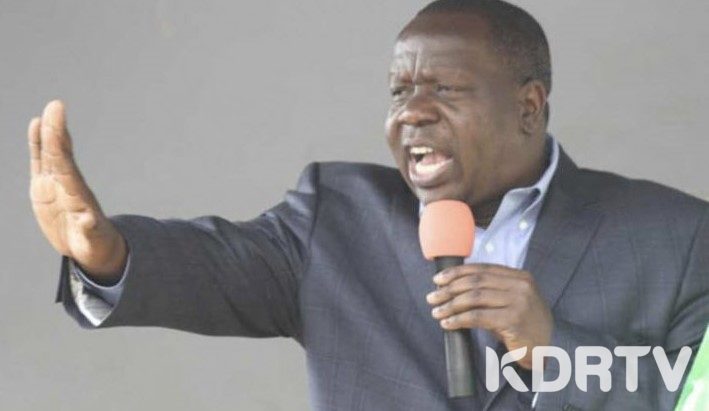 Interior CS Fred Matiang’i has issued a very stringent warning to politicians who were most likely to engage in activities that might influence the outcome of census.

The CS threatened to take serious acts against such politicians as Census is a government project that is essential and should not be interfered with.

Through a presser outside Harambee House, the CS made it clear that they were aware of the propaganda being peddled outside by politicians in a bit to disrupt census outcomes.

He went ahead and disclosed the secret meetings being held by governors and other politicians to force residents of Nairobi and other major towns to travel to their rural areas and get counted.

He termed the moves phony and threatened to take action against them, despite being unnamed.

“We have received reports from some parts of the country where politicians are playing phony games and asked people to move to different locations to partake in the census activities. We are watching you and following up on these activities. We will make sure you face the wrath of the law,” said Matiang’i.

The interior CS also exemplified on the importance of taking part in the census activity and orchestrated on the move to have all social places closed by 5.00PM.

CS Fred Mating’i: For those holding night prayers (Keshas)…let us shift the prayers to our houses so as to be counted pic.twitter.com/I8REOUWdm5

Social media users were disappointed by the directive order to have bars and pubs close before the beginning of the census activities, with some calling on the CS to retrieve his directive.

However, Mating’i was very firm on the matter and promised not to take his words back since it was the only way to get every Kenyan in the homes at the required time.

“I will not go back on the directive to have all social places including bars close by 5.00PM. This will help in make the census activity effective and have families spend time together,” said Matiang’i.

Among Governors that were openly asking their constituents to travel up country include Governor Oparanya of Kakamega who was very open about it.

Governor Oparanya linked the census outcomes to elections and urged his residents to be very keen about it since it will really reflect on 2022 election outcomes.

Some central MPs had also been linked to organizing buses to ferry their constituents to their various locations in the country side.

The CS issued a stern warning adding that anyone who would interfere with the activity was liable to face the authorities.

Ideally any wrong answers given during the activity might result to almost Ksh. 100,000 fine.