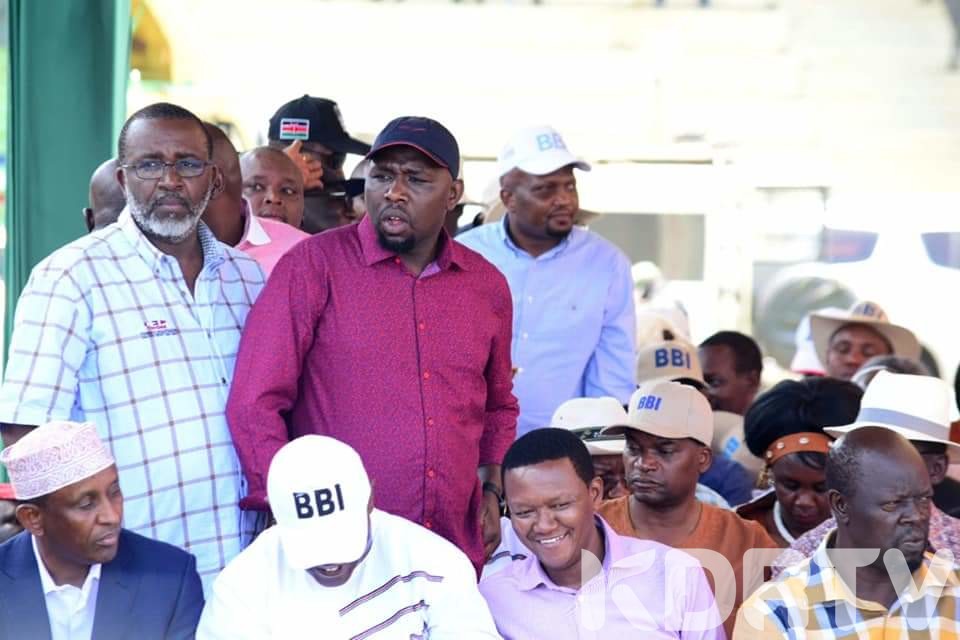 The forum will bring together all the counties in the Rift Valley region where the residents and the leaders will present their proposals to the BBI taskforce.

Led by Soy constituency member of parliament Caleb Kositany, the leaders who have constantly accused the ODM party of hijacking the agenda of the BBI sensitization rallies have termed the Raila led party as strangers and cannot be left to spearhead such a noble task.

“The President is the elected leader, the chief executive of Kenya, and there is a big thing called BBI going on and he cannot leave it to people who are strangers to those of us who voted for him en masse,”Kositany the Daily Nation.

Senate majority leader Kipchumba Murkomen on his side  has slammed the organizers of the rallies for sidelining those who are perceived to supporters of William Ruto.During the past rallies,Murkomen has occasionally found himself on the spot for his utterances and dramatic scenes witnessed due to his presence.

“BBI was meant to unite Kenyans, but we have seen rallies organised by shadowy people all biased against those seen to be supporting Dr Ruto. One thing they will not admit to you is that these are just ODM rallies,” Murkomen said.

The Nakuru event has already raised the political temperatures within different political circles after a similar event which was scheduled to take place in Eldoret was canceled at the last minute.The organizers decided to hold a one meeting for the entire region to present their views.The cancelation of the meeting elicited public outrage as North Rift residents and leaders accused the BBI organizers of neglecting them.Reports further indicate that the rally might have been shifted to the more cosmopolitan Nakuru county to avoid eruption of chaos and political myhems.