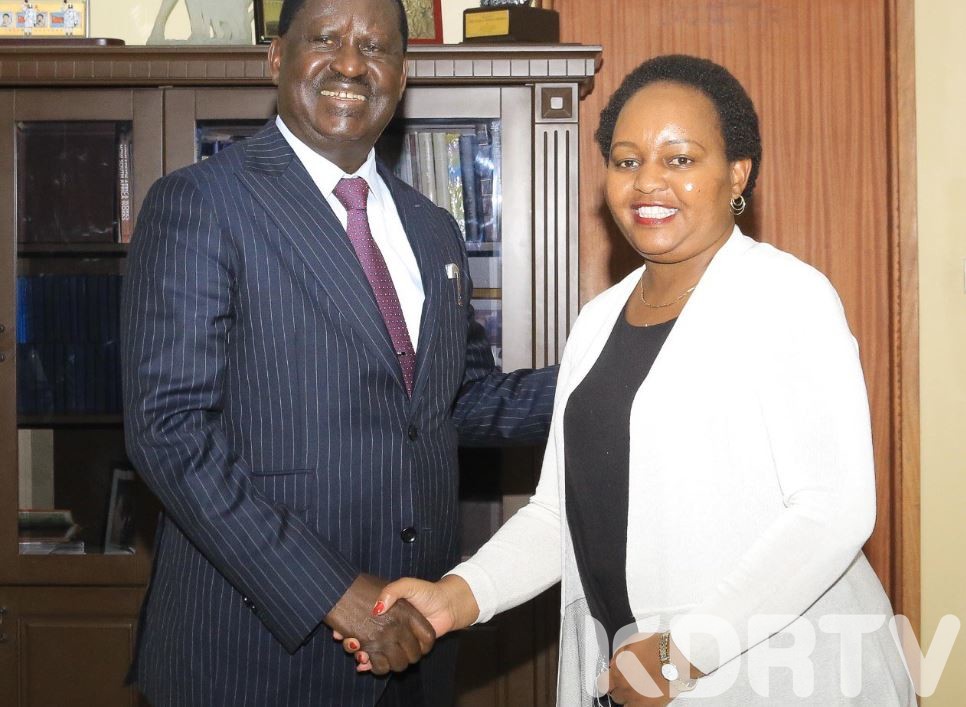 Ndambiri allegedly spoke at a funeral in his county when he made the confusing remarks.

The story was shared on social media by Tanga Tanga blogger Dennis Itumbi.

Kirinyaga Deputy Governor Ndambiri tells mourners in Kitharaini village that his boss @AnneWaiguru – will NOT defend her seat as Governor.

We wish you well Madam.

It is not clear what Ndambiri meant but political analysts have interpreted this as an announcement that Waiguru could be eying a seat in the national elective seats. The governor could be going for a seat in national politics. Probably Deputy President?

The next deputy president of the republic of Kenya

Waiguru has used the BBI report to position herself as the Mt Kenya kingpin. Could it be that her advisers have told her to eye a top seat? Or she is just afraid of an embarrassing loss in the gubernatorial elections?

Read Also: Kikuyus Will Vote for Ruto because he is a thief, Just like them – Mutahi Ngunyi

After the 2017 elections, Waiguru fell out with Kirinyaga Woman Rep Purity Ngirici who had backed her in the elections. Ngirici is believed to have started grassroots campaigns and is believed to be one of the frontrunners for the seat.

Narc Kenya leader Martha Karua who narrowly lost to Waiguru in 2017 is also a frontrunner to win the highly coveted seat.

Waiguru has shown a preference to work with ODM leader Raila Odinga. Kenyans are now waiting to see if they can work together in the 2022 elections. Could she be baba’s running mate?